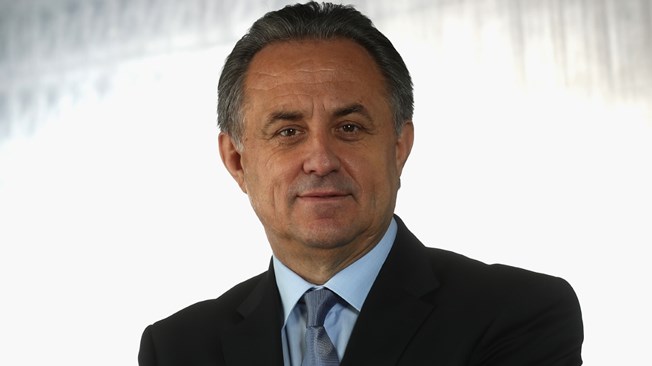 Mutko accompanied the Russian team to the Winter Olympics in Vancouver in 2010. Afterwards, a report by the Russian parliament's Audit Chamber criticised him for claiming for a total of 97 breakfasts during the team's twenty-day stay in Canada, costing a total of $4,500. Each night in his hotel was charged at $1,499. In total, Mutko is said to have spent twelve times his official limit. Mutko told Vedomosti newspaper: "Why do those who want to accuse me of something not interest themselves in how much the French sports minister paid for accommodation?"

On 9 November 2015, a report by an independent commission of the World Anti-Doping Agency accused Mutko of likely complicity in a wide-ranging, doping scheme within Russian track and field. Dick Pound, the head of the commission, said, "It was impossible for him [Mutko] not to be aware of it. And if he’s aware of it, he’s complicit in it." It was further alleged that Mutko's agency had undue influence over RUSADA, the Russian anti-doping agency that should operate independently from influence of government or athletes.

Powerful administrative support has turned the company, to which generous orders of the gas monopoly have fallen, into a reseller of large diameter pipes from other manufacturers in Russia.

Following Andrei Komarov from ChTPZ Group and Igor Altushkin from the Russian Copper Company, it was the turn of the Magnitogorsk Metallurgical Plant to donate money to the charter capital of the Urals Highway Partnership. The project foresees the construction of a high-speed road Chelyabinsk-Yekaterinburg for 366 billion rubles by 2025.

The abuser of the "pipe" oligarch Andrei Komarov was sent to prison for 4.5 years

A former employee of the GUEBC and the Ministry of Internal Affairs of the Russian Federation, Sergey Astafurov, was sentenced for "falsifying" evidence of commercial bribery from the owner of the ChTPZ Group Andrei Komarov.

Gazprom "bent" suppliers of large diameter pipes for a 20% discount. Due to what now the main owner of the Pipe Metallurgical Company Dmitry Pumpyansky will finish building his 100-meter yacht Project Blade?

Gazprom stopped buying pipes for Nord Stream-2: a year and a half after their order, they seemed expensive to the gas monopoly.

After quitting the arrest, the oligarch hid and transported his family to the United States. According to experts, he can silently sponsor oppositionist Alexei Navalny.

Pipe manufacturers faced a decline in demand for LDP.

Gazprom got another pipe supplier

ZPP received the status of the monopoly's supplier and a new owner.

Stagnation of pipe manufacturers: the crisis and the reduction of the construction changed the industry significantly

The long wave of investment has not been replaced by a sustainable payback wave.

Fall and rise of Andrey Komarov

Who framed the ChTPZ owner.

The co-owner of the Chelyabinsk Pipe Rolling Plant is suspected of involvement in the scam to compensate 1.8 billion from the budget for the mobilization capacities.