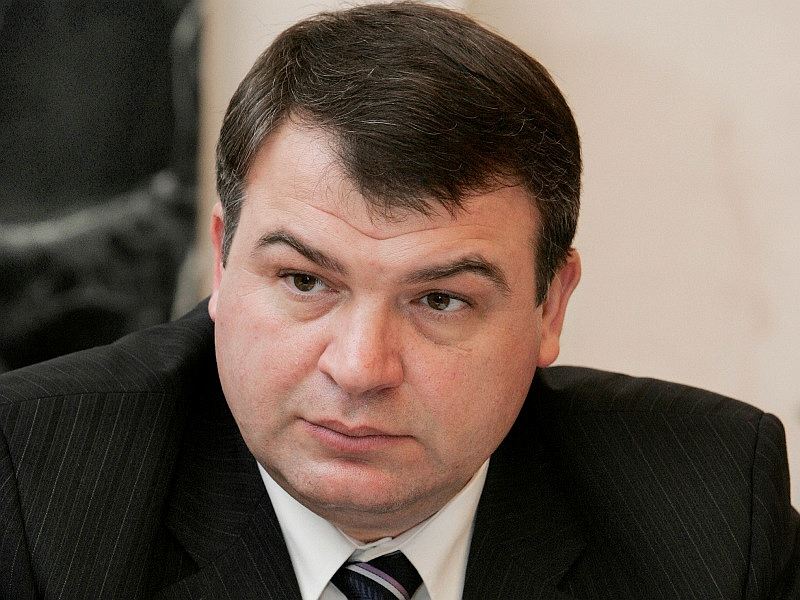 Anatoliy Eduardovich Serdyukov (born 8 January 1962) is a Russian politician and businessman who was the Minister of Defense of Russia from 15 February 2007 to 6 November 2012. During his tenure as defense minister, he launched several major reforms of the Russian military. The main idea behind his reforms was the transformation from a mass mobilization army to a small force of contract soldiers.

Serdkuyov was sacked by Putin on 6 November 2012 and replaced by Sergey Shoigu. In November 2013 Serdkuyov was charged by Russian investigators with "negligence" for ordering the army to build a road from a village to a private country residence in Russia's south. He was amnestied in 2014 by a presidential decree.

In October 2015 he was appointed as an Industrial Director of Rostec State Corporation. His duties include supervising of all the company's aviation-related activities from helicopter-building to airplane engines.

The investigation may recognize as fictitious the transactions of the former owner of Bank Ugra and the owner of the pharmaceutical holding Viktor Kharitonin.

The state company sold Viktor Kharitonin a stake in PET-technology.

The owner of "Pharmstandard" Augment Investments is liquidated

His Cypriot company Augment Investments, which owns the main producer of arbidol in Russia - Otisipharm, as well as Pharmstandard, is being liquidated.

"R-farm" did not pay for tablets

The company lost the dispute to Native.

The former shareholder of Pharmstandard has now become the largest shareholder of the British start-up CMR. The enterprise plans to compete with already existing robots-surgeons da Vinci.

The company of former senator Boris Spiegel is being ousted from the Russian pharmaceutical market.

Minorities of "Pharmstandard" have seized from the main owners of the company 540 million rubles.

The largest pharmaceutical producer invested in a startup with Voloshin's capital

Pharmstandard put $1 million into the company Genotek, which is engaged in DNA research. Among the shareholders of the company are the former head of the presidential administration Alexander Voloshin, co-owner of the agricultural holding Rusagro Maxim Basov and a partner of Safmar Ventures.

Nürburgring race track for Formula 1 is called "Green Hell": dozens of drivers died on in. But for Viktor Kharitonin the track is, first of all, profitable business.

The officers of the Federal Drug Control Service conducted a special operation to curb the supply chain of large quantities of cocaine from St. Petersburg to Bashkiria. Nevertheless, the situation with drug addiction in Russia is critical.