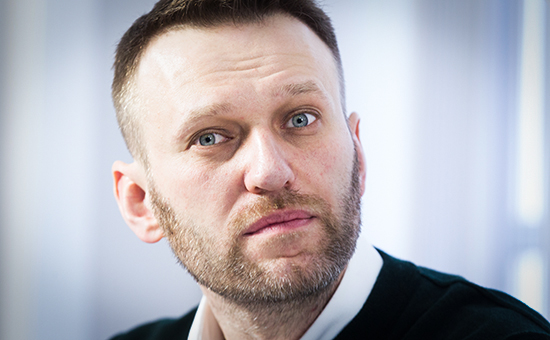 Alexey Anatolievich Navalny (born June 4, 1976) is a Russian lawyer, political and financial activist, and politician. Since 2009, he has gained prominence in Russia, and in the Russian and international media, as a critic of corruption and of Russian President Vladimir Putin. He has organized large-scale demonstrations promoting democracy and attacking political corruption, Putin, and Putin's political allies; he has run for a political office on the same platform. In 2012, The Wall Street Journal described him as "the man Vladimir Putin fears most".

On June 23, 2007, Navalny co-founded a new political movement, named "People", which upheld the positions of "democratic nationalism", defined as a fight for democracy and rights of ethnic Russians. Navalny is agitating on behalf of aggressive anti-immigration policies.

Navalny was a World Fellow at Yale University's World Fellows Program, aimed at "creating a global network of emerging leaders and to broaden international understanding" in 2010.

The second-largest nickel deposit in Russia went to the Swiss

The Government Commission on Foreign Investment on Thursday approved the purchase of the Swiss company Molumin AG of 75% shares of Kamchatka NPK Geotechnology.

Businessman Alisher Usmanov has spent most of 2015 abroad. But in order to be considered a tax resident in Russia it is required to live in the country at least six months.

Gazprom has been banned to call itself "a national treasure"

The Head of FAS Igor Artemyev said that he secured the exclusion of the phrase "a national treasure" from the Gazprom slogan.

Gazprom has canceled its largest tender

It happened after the promises of the Head of FAS to complain to the president.

Transneft will have to borrow more in 2016

The monopoly lacks the money for the investment program due to the fact that the Federal Antimonopoly Service approved the tariff increase on a lower level than the company wanted.

Away from the Kremlin: Suleiman Kerimov has sold the Fashion Season Gallery

Alexey and Yuri Khotins were the buyers. Karimov continues to dispose of assets in Russia and wants to sell 40% stake in Polyus Gold.

Relatives of Minister Tkachev will become the leaders of agribusiness

The Agrocomplex company and other companies associated with the family of the head of the Ministry of Agriculture Alexander Tkachev will be inside the country's five largest landowners.