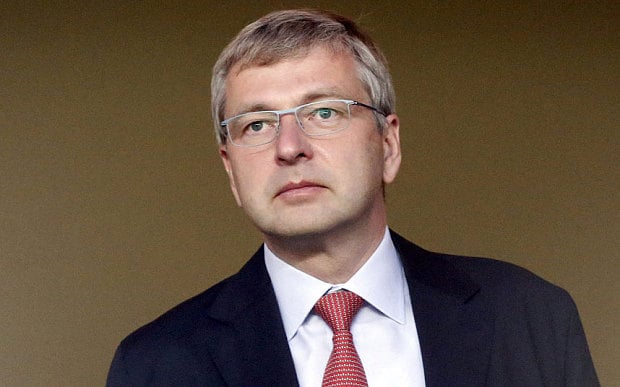 Dmitry Yevgenyevich Rybolovlev (born 22 November 1966) is a Russian businessman, investor, and philanthropist. Rybolovlev owned the potash producer Uralkali and, in 2011, became the majority owner and President of Monaco's football club AS Monaco. His daughter, Ekaterina Rybolovleva, is a well known socialite.

Dmitry Rybolovlev went into business with his scientist father in 1990 after studying medicine at Russia's Perm Medical Institute. Two years later, he opened an investment fund and, like other future tycoons, began buying shares of industrial enterprises. He consolidated his shares into a controlling stake in Uralkali, Russia's largest producer of potassium fertlizers, and in 1995 was named its chairman. The company listed in London in 2007. Rybolovlev sold his stake for $6.5 billion in 2010. After a nasty years-long divorce battle, Rybolovlev was ordered to pay his ex-wife $4.5 billion in 2014, a sum that was reduced to $605 million a year later. In October 2015 the pair reached an undisclosed settlement. He is best known in the U.S. for his real estate moves. Rybolovlev bought Maison de L'Amitie, Donald Trump's Palm Beach oceanfront mansion, for $95 million in 2008. He got approval to raze the main building and fountain and sold a parcel for $34 million in 2016.He bought He also apparently paid more than $300 million for La Belle Epoque, a Monaco penthouse where he lives. Rybolovlev also owns the the AS Monaco football club. (His daughter Ekaterina bought Skorpios, the Greek island that belonged to successors of Aristotle Onassis, in 2013 and owns a New York City apartment, for which she paid $88 million).

Transoil is not affected by sanctions and reduces dependence on RZD

Igor Romashov described how the company reduces dependence on Russian Railways and why it did not suffer from US sanctions.

The state corporation offers Tashkent a nuclear power plant for 2.4 GW. The construction will be financed from the Russian budget.

"Personally, we do not need billions," - said the principal owner of Volga Group; he also said where his children were educated, how he was affected by the sanctions and why it was easier to breathe in Russia.