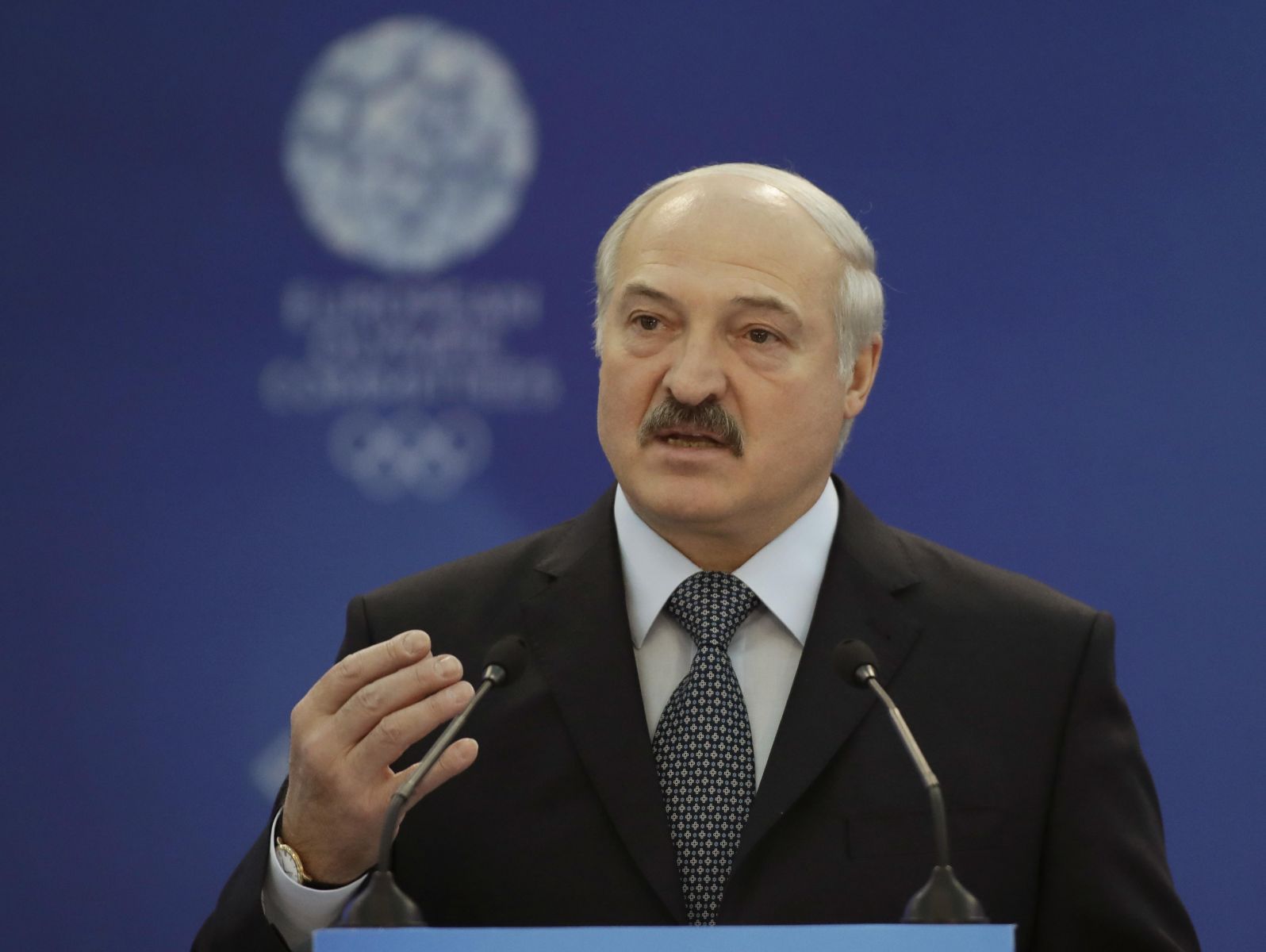 Aleksandr Grigoryevich Lukashenko (born 30 August 1954) is the President of Belarus, having been in office since 20 July 1994. Before his career as a politician, Lukashenko worked as director of a state-owned agricultural farm and spent time with the Soviet Border Troops and the Soviet Army. He was the only deputy to vote against the independence of Belarus from the Soviet Union.

Lukashenko's relationship with the EU has been strained, in part by choice and in part by his policies towards domestic opponents. Lukashenko's repression of opponents caused him to be called "Europe's last dictator" and resulted in the EU imposing visa sanctions on him and a range of Belarusian officials. At times, the EU has lifted sanctions as a way to encourage dialogue or gain concessions from Lukashenko. Since the EU adopted this policy of "change through engagement", it has supported economic and political reforms to help integrate the Belarusian state.

Lukashenko's relationship with Russia, once his powerful ally and vocal supporter, has significantly deteriorated over the recent years. The run-up to the 2010 Belarusian presidential election was marked by a series of Russian media attacks on Lukashenko. Throughout July state-controlled channel NTV broadcast a multi-part documentary entitled "The Godfather" highlighting the suspicious disappearance of a number of opposition leaders during the late 1990s. Lukashenko called the media attack "dirty propaganda".

Because of the financial crisis in the Russian Federation, the money "help" to Alexander Lukashenko's regime is sharply reduced. Moscow refuses to Belarus in the next loan and from October, stops duty-free supplies of oil products and gas to this republic.

Belarusian missile systems may appear in Azerbaijan as early as 2018.

Alexander Lukashenko has broken the bickers of Russian foreign policy

The President of Belarus supported the territorial integrity of Georgia in Tbilisi and was horrified at what Abkhazia turned into under the Russian protectorate.

Russia bans its import from the republic.

Further Ugandization of the Russian Federation

In the Russian Federation, a protocol was put forward by Vladimir Putin for another presidential term - until 2024.

Mikhail Gutseriev will produce potassium in Belarus for China

The head of Russia's richest family has been a frequent guest in Belarus and of the president of the country since 2000.

Russia and Belarus have reached the next anniversary of the Union with a crisis in bilateral relations. RBC has estimated how much it costs for Russia to support its "special relationship" with Minsk.

The allied state continues to increase food supplies to Russia.

Belarus is barganing on the deployment of a Russian air base on its territory.

How Russia and Belarus reinstalled the border control

Minsk criticized Russia's decision to establish a border zone on the border with Belarus. The measures are directed against the nationals of third countries, says Moscow. However, they can affect the citizens of both countries, and the decision may be political, experts say.

Lukashenko told about trying to participate in the privatization of Bashneft

Belarus offers Russia to exchange shares Bashneft for a stake in Belarusian companies, said President Alexander Lukashenko. No answer until now, he complained.

How Belarus earns on the Russian food embargo

Everyone says Belarus has benefited from the ban on the import of products in Russia. But how big is the profit?

The Secret Acquistion Empire of the Khotins

Ex-officials of the Lukashenko's adiministration help the Khotins to do business.

"A percy boy has come and sat, cross-legged": how Karimov quarreled with Lukashenko

President of Belarus held a big press conference where he spoke about the causes of the conflict around Uralkali of belated apology of Suleiman Kerimov and the role of Mikhail Gutseriev in that history.

The President of Belarus has threatened to complain on the company's "fake recording" to the stock exchanges and offered to choose between the "divorce" and further joint work.