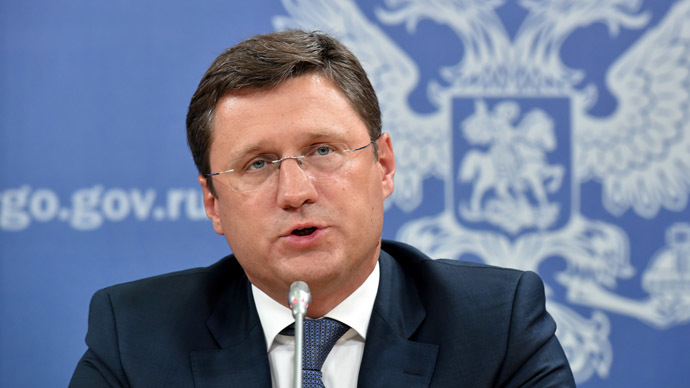 Alexander Valentinovich Novak (born 23 August 1971 in Avdiivka, Donetsk Oblast, Ukraine), is a Russian politician, and the current Minister of Energy of Russia.

In 1993 he graduated from Norilsk Industrial Institute as a specialist on Economy and Management in Metallurgy. Between 1993–1997 he was economist, Head of the Financial Bureau of the Accounting Department of the Norilsk Mining and Smelting Complex. In 1997 to 1999 he headed the tax planning department of the complex.

Since July 2010 he is a member of United Aircraft Corporation Board of Directors.

Gerhard Schröder, the former German Chancellor and the head of the Nord Stream AG shareholders committee has been nominated to the board of directors of Rosneft, he said at a press conference following the company's extraordinary general meeting, according to Interfax.

Rosneft invests quarter of a trillion rubles in the Arctic

The company has already invested 100 billion rubles in the Arctic projects and plans to invest 2.5 times more in the next five years.

Gazprom will not allow Rosneft to go to Europe.

However, the energy minister Alexander Novak does not expect the fall in oil prices to $20-25 per barrel.

Iran enrichment: why Russia will not benefit from the lifting of sanctions from Tehran

In July, Iran agreed to the lifting of sanctions in exchange for control of its nuclear program. The compromise will open the Iranian market for international investment. Russia will not be able to take advantage of this.

Energy of the Crimea: how much the peninsula's independence will cost for Russia

The energy sovereignty of the new Russian region is estimated at 177 billion rubles. Where does the federal center intends to find the money and how it will be spent?

Free space: how an Olympic powerhouse ended up in Chechnya

Kudepstinskaya power plant has become one of the most controversial unfinished Olympic objects. Why the largest Olympic powerhouse worth $ 20 billion was not needed in Sochi and to whom it was profitable?