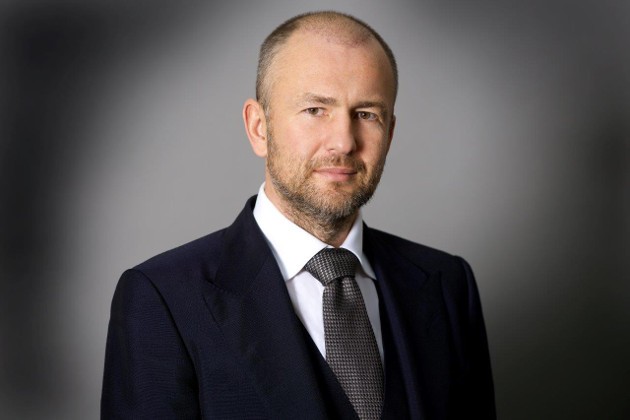 Industrialist Melnichenko owns majority stakes in fertilizer producer Eurochem, coal producer SUEK and power generator SGK. His first venture in the early 1990s was a chain of currency-exchange booths from which he cofounded MDM Bank. He later founded Eurochem, SUEK and pipe exporter TMK with Sergei Popov, a former metals trader from Ural with whom he started working in 2000.

Six years later, the partners began divvying up their assets and entirely separated by 2012, with Popov getting the bank and Melnichenko getting the other assets. He spent an estimated $450 million on his Sailing Yacht A, one of the world's largest superyachts; it is currently undergoing sea testing in Spain. It is called A to appear first in shipping registers. He also has a second megayacht, Motor Yacht A, which was designed by Philippe Starck and resembles a sleek, futuristic submarine. Melnichenko owns a collection of Impressionist art, including pieces by Claude Monet, some of which hang inside his yachts. He is married to Aleksandra Nikolic, a Serbian former model.

With an estimated personal wealth of $13.2 billion, in 2017 he ranked 89th in the Forbes World’s billionaires list (9th in Russia).

Billionaire Andrei Melnichenko filed a lawsuit against the state institution Reserve-Supply: the oligarch demands more than 2 billion rubles for “working” with such entities as the LPR and the DPR.

The coal-chemical oligarch decided to risk his fortune and fall under Western sanctions because of his greed.

Deripaska, Melnichenko, Vekselberg: the most impoverished Russian billionaires of the year

Sanctions and falling ruble are not the first year because of these factors the Russian Forbes list members are getting poorer.

The structure of the oligarch Andrei Melnichenko simultaneously leads an active absorption of competitors and patches his own financial holes.

Andrei Melnichenko was driven from the Ukrainian market

Eurochem will not be able to supply Ukrainian agrarians with mineral fertilizers because of the embargo.

The US intimidated Andrei Melnichenko

Its SUEK has not been supplying coal for several months through the North Korean port of Rajin, which was reconstructed at the expense of the Russian budget. The reason: American sanctions against the DPRK, which, by the way, Moscow supported.

Andrei Melnichenko followed in the footsteps of Suleiman Kerimov

The owner of Eurochem Andrey Melnichenko may find it unnecessary for his Western "partners".

After the deal, Russia will have a new largest consumer of coal.

Kiev banned the supplies of fertilizers from the companies of oligarch Andrey Melnichenko to Ukraine.

The devil is in the details: why Russia's coal industry has no encouraging prospects

Government's pride that Russia produces, as a typical third-world country, more coal, and carries it in ever larger quantities for ever greater distances, looks rather strange in modern conditions.

No buyers are willing to buy a strange vessel of the scandalous oligarch.

Melnichenko's mega-yacht was arrested in Gibraltar for a €15.3 million claim

The lawyers of Nobiskrug shipyard have filed a lawsuit against the customer of the yacht for breach of contract.

The most capacious sailing ship in the world: the new Melnichenko's yacht

German shipyard Nobiskrug today finished the contruction of the Russian billionaire Andrey Melnichenko's yeach under Philippe Starck's project. No one in the world has ever built such large sailboats.

"Living on a boat": Andrey Melnichenko extradited his subordinates to Cyprus.

As it became known to Forbes, Andrey Melnichenko's company filed a lawsuit against its former managers for illegal commissions from the contractors. EuroChem estimated the damage at nearly $40 million.

Deceive a billionaire: how Alexander Shchukin's family opened the family-office

Coal magnate and member of the Forbes list Alexander Shchukin decided to do family business in London. How did the businessman become the victim of a rogue?