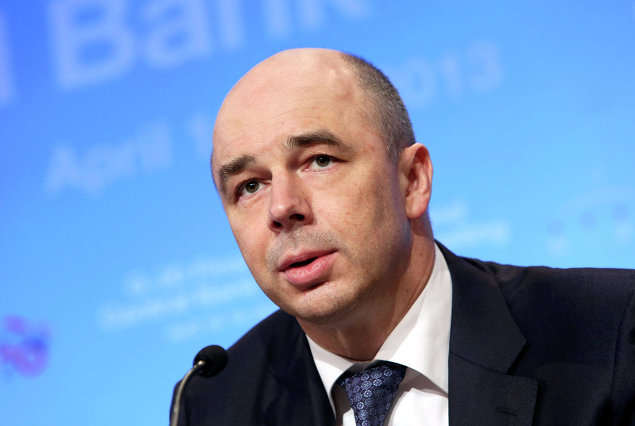 Anton Siluanov (born 12 April 1963 in Moscow) is a Russian politician and economist who is Minister of Finance for Russia. In 2011, he was appointed to Minister of Finance by Prime Minister Vladimir Putin in place of Alexei Kudrin, who was forced out and dismissed by president Dmitry Medvedev after publicly criticizing the additional defense spending of 2.1 trillion rubles (US $66 billion) through 2014.

On 26 March 2014, the IMF secured an $18bn bailout fund for the provisional government of the Ukraine in the aftermath of the 2014 Ukrainian revolution. It remains unclear whether Siluanov approved the use of Russian monies for this purpose, or whether he was able to prevent this by withholding consent. Russia has a seat to itself amongst 24 on the Executive Board of the IMF, whereas its monetary contribution to the IMF is inferior to two countries who have no such seat.

Igor Sechin is waiting for compensation from Tokarev

The state-owned companies Rosneft and Transneft exchanged mutual recriminations after the statement of the head of Rosneft, Igor Sechin, on damage from oil pollution.

After the proposal of Andrei Belousov metallurgists and chemists to shell out for 513 billion rubles, his initiative was not supported by the RF Ministry of Finance. With the condition that the company invests this money all the same in Russia.

Sberbank and VTB will transfer assets to a defense bank

Vladimir Putin instructed to create a scheme for transferring defense credits to Promsvyazbank (PSB). Loan repayment will occur at a discount and will be accompanied by a transfer of capital. At the same time, the PSB will not be the only authorized bank for the state defense order.

"Rosneftegaz" will pay the state dividends twice a year

In 2017, the state company will pay 33 billion rubles, which is half what it received for its stakes in Rosneft, Gazprom and Inter RAO.

Who entered and who left the government of Russia

The total cost of state support for the Renova Group may amount to more than $ 1 billion.

The Prime Minister of Russia announced the list of candidates for the posts of vice-premiers in the new government. The post of the first vice-premier can go to Anton Siluanov, the ex-minister of sports Vitaly Mutko will supervise the construction sector.

"Rusal" will be able to return to the world market, but only without Oleg Deripaska.

The government will help Rusal through Promsvyazbank

Before the announcement of the collection of donations among state employees and pensioners in favor of the victim of US imperialism, the oligarch remains very little.

The government's pocket is a quarter full

Three quarters of the government's reserve fund for 2018 has already been spent.

Scandal and money: Americans and the British are buying up Russian debts

The demand for new Russian Eurobonds almost doubled the supply - 7 billion dollars against 4 billion dollars. In placement, a large proportion fell to investors from Britain and the US, despite the negative information background, the Finance Ministry said.

Minister of Finance Anton Siluanov for the first time called the volume of business of servicing defense enterprises that Promsvyazbank can get.

Why Peter Fradkov will head Promsvyazbank

The officials explained the new appointment of the son of the former prime minister.

The budget deficit of the Russian Federation in 2017 was more than two times lower than in 2016 - 1.336 trillion rubles against almost 3 trillion rubles.

In anticipation of sanctions. How Americans can bring down the ruble

If investments in OFZ are under US sanctions, the Bank of Russia itself will start buying up Russia's national debt, analysts of Raiffeisenbank forecast. Why this measure and what other anti-crisis scenarios will the financial departments need?

Russian ruble convertibility may be limited during the crisis

Obligatory sale of foreign exchange earnings, purchase of currency with the permission of the authorities, a special account for certain operations: the right to impose such measures is requested by the government and the Central Bank of the Ministry of Finance.

The Russian authorities are short of 2 trillion rubles in 2017

Even the Russian Ministry of Finance cannot scrape together enough money for the military, road construction and special medicine. In 2019-2020, the government will need another 4 "extra" trillion rubles.

The best friends of diamonds

What is happening in the diamond mining giant "ALROSA".

Why does the Ministry of Finance once again lure the citizens to by the federal loan bonds.

To Africa for diamonds: Alrosa might increase its stake in Angolan joint venture

The company wants to buy a stake of the Brazilian partners in Catoca and create a trading house, but the Ministry of Finance is in doubts.

Russia announced the placement of Eurobonds, organized by VTB Capital. Earlier the Ministry of Finance planned to postpone the placement due to the refusal of foreign banks to participate in it.

The problem of $20 billion: how Development Bank became a black hole

The resignation of Vladimir Dmitriev as head of VEB, reported by RBC sources, was probably due to the fact that he had performed his tasks "without informing about the risks". How did the corporation become a "cesspool" of bad debts?

However, the energy minister Alexander Novak does not expect the fall in oil prices to $20-25 per barrel.

Sberbank, VTB and Gazprombank could not deprive the founder of Mechel of control over the company. Now Igor Zyuzin is closer than ever to defeating the creditors

How much will Russia pay for the annexation of the Crimea.