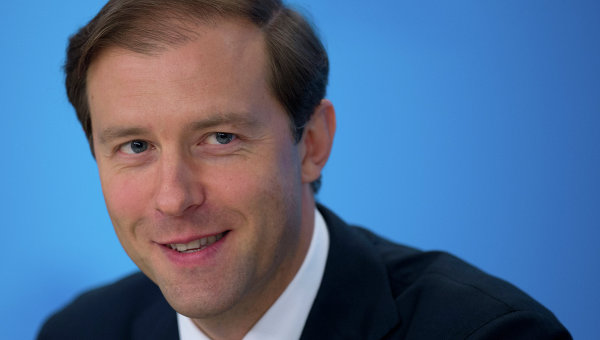 Denis Valentinovich Manturov (born February 23, 1969 in Murmansk, North Russia) is a Russian politician. On February 23, 2012 appointed Acting Minister of Trade and Industry of the Russian Federation by Prime Minister Vladimir Putin. He was appointed as acting minister instead of Viktor Khristenko, who has resigned from the office.

The business partner of the Denis Manutrov family will build a yacht club in Nizhny Novgorod.

The Manturov family scatters assets over their governors

The family of the richest Russian minister, Denis Manturov, is starting new business projects in the Kaliningrad and Nizhny Novgorod regions.

Where do budget billions go?

The new russian helicopter for Arabs will be made in Italy

Denis Manturov plans to give the Italians the manufacture of the latest helicopter developed for Russia in Arabs.

The Ministry of Industry and Trade, in the person of Denis Manturov, will scrape through the guts and find more than 20 billion rubles for the head of Rostec, Sergei Chemezov, and the owner of NK Bank Viktor Grigoriev.

Denis Manturov did not take off on the "Russian Helicopters"

Who benefits from the destruction of the Soviet design bureau Mil and Kamov.

Denis Manturov sweet sleep in the rooms for 1.4 million rubles

The Ministry of Industry and Trade spends millions on business trips of its employees, while the head of the department Denis Manturov settles in super-expensive hotels, according to an investigation by Transparency International Russia. In particular, during a business trip to Shanghai, the minister spent the night in the presidential suite worth 1.4 million rubles, follows from the investigation.

Russian factories will continue to work for the army, the share of civilian orders they have is relatively small. At the same time, the profitability of military orders is very low.

The Ministry of Industry and Trade introduced a draft law to the government on restricting admission to the Northern Sea Route of gas-carriers of foreign construction. Will suffer from this "Novatek" Leonid Mikhelson. Attack on it is supported by Rosneft Igor Sechin.

Company "Rusal" is trying to keep business in conditions of sanctions

Will the company be able to maintain business in spite of sanctions.

The government is discussing the nationalization of UC Rusal

This can save production, but not the company itself, experts say.

Russia has changed its mind about "bombing Voronezh"

Russia will not prohibit the supply of titanium for Boeing and Airbus. VSMPO-Avisma could suffer from this.

"Power Machines" and the GAZ Group will support public procurement.

UAC will enter the Rostech at MS-21

And then it can be combined with the "Helicopters of Russia".

The corporation fulfilled its mission, according to Rostekh.

A feigned deal: Forbes found out the details of Siemens's claim for Crimean turbines

The German concern believes that Tekhnopromexport has misled vendors, and demands to recognize the deal on the delivery of all four gas turbine plants as invalid and return them.

The ill-fated sale of shares of JSC Russian Helicopters finally succeeded: "a piece of the Motherland" was sold to some unknown Arabs.

Denis Manturov became a millionaire thanks to a successful marriage.

What the family of the Minister of Industry and Trade earns money.

The wife of the head of Industry and Trade, Natalia Manturova, looks after the vineyards in the Kuban region, and her husband will help her "as much as he can."

The telecommunications operators will have to return the money, around 3-4 billion rubles every year.

Vaino turned out to be close to Chemezov and Manturov

Will First Vice-President of United Aircraft Corporation go to jail for fraud?

Superjet flew into the budget

Mikhail Pogosyan is released from his position of the President of United Aircraft Corporation.

The husband of singer Alsu, businessman Yan Abramov starts mega-project in the Urals