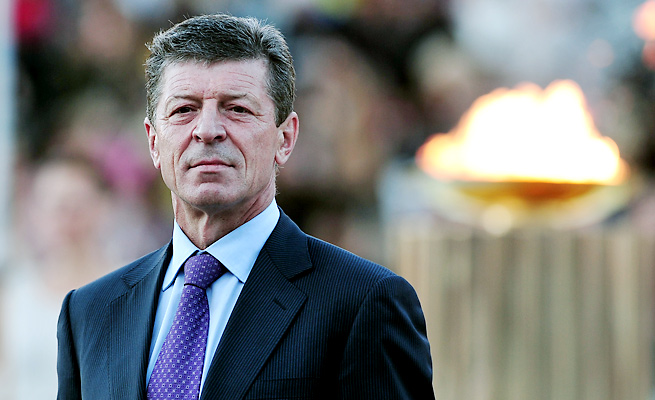 Dmitry Nikolayevich Kozak (born November 7, 1958) is a Ukrainian-born Russian politician, serving since October 2008 as deputy Prime Minister of the Russian Federation. He is known as the Cheshire Cat because of his smile and is part of the Vlast' or power group from St. Petersburg close to Putin.

Dmitry Kozak is known as a close ally of Vladimir Putin, having worked with him in the St Petersburg city administration during the 1990s and later becoming one of the key figures in Putin's presidential team. During the 2004 Russian presidential election he was head of Putin’s election campaign team. Kozak was one of several members of Putin's circle touted in the media as a possible candidate to succeed Putin as president in 2008.

In 2014, Kozak was added to the US and EU sanctions lists due to his role in the 2014 Crimean crisis.

The cost of the Kerch bridge project exceeded 300 billion rubles

This amount includes the costs of the bridge itself and its approaches.

Why did the authorities pardoned Akhmed and Magomed Bilalov?

RBC investigation: why Russia has so few bridges

All the building materials for the construction of the Kerch bridge are purchased through intermediaries, which increases their value three times, said Dmitry Kozak during the meeting of the State Council on the construction.

Non-combat losses: the money of Sergey Shoygu's wife got stuck in Vneshprombank

Telatives of high-ranking officials turned up to be among the VIP-depositors of the troubled bank.

The bridge is ours: Arkady Rotenberg got the contract for the construction project of the century

The largest state contract for all years, 228 billion rubles for the construction of a bridge to the Crimea, had been distributed in the form of an order. Why the choice fell on the Russian president's friend?

Sanctions will no longer help Rotenberg

The government prohibited Stroygazmontazh owned by Arkady Rotenberg to cite sanctions in case of problems during the construction of the Kerch bridge.

Own goal: what Russia should be afraid of in preparation for the 2018 World Cup

In 2018, Russia will host the FIFA World Cupbe for the first time in history. Forbes examined the problems encountered in the preparation for the tournament in Colombia, South Africa and Brazil.

Who will benefit from the new mega-project.

Free space: how an Olympic powerhouse ended up in Chechnya

Kudepstinskaya power plant has become one of the most controversial unfinished Olympic objects. Why the largest Olympic powerhouse worth $ 20 billion was not needed in Sochi and to whom it was profitable?

What will happen to the Olympic facilities after 2014?