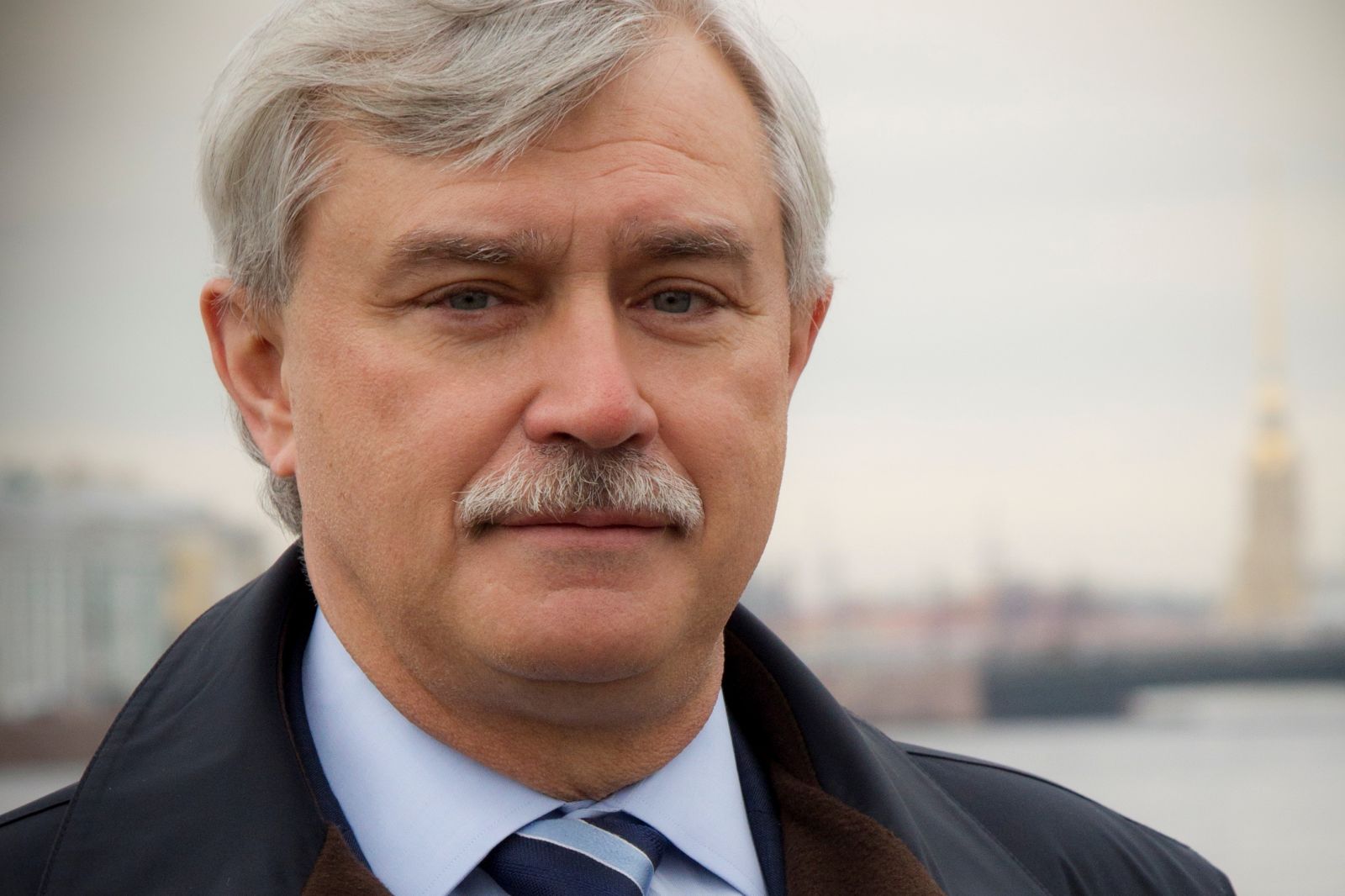 In May 2013, according to examination of his doctoral thesis made by Dissernet, Poltavchenko was accused of plagiarism: an overwhelming part of the text had been copy-pasted from several other doctoral theses and books.

St. Petersburg stadium worth 45 billion rubles is unsuitable for games

Head coach of "Zenith" Mircha Luchesku said that the field of the new stadium in St. Petersburg is not suitable even for training. The appalling quality of the lawn was also mentioned by the general manager of the club, Maxim Mitrofanov.

Attempts to "grant" St. Isaac's Cathedral to the Russian Orthodox Church have left their mark on the St. Petersburg's governor. Taking this opportunity, the former colleagues start blaming Poltavchenko, too.

How much is the most expensive stadium in Russia

How Poltavchenko, Albin, Deripaska and others spent more than $1 billion for the construction of a mega-stadium in St. Petersburg.

St. Petersburg authorities have decided to transfer the St. Isaac's Cathedral to the Russian Orthodox Church.

Petersburg Administration will allocate 1.3 billion rubles for the construction of the museum "Russia: My Story"

The Fifa Commission refused to accept the Zenit-Arena play field: it vibrates too much.

Smolny and Prigozhin will fight for Eliseevsky

St. Isaac's Cathedral will be a museum

St. Petersburg authorities have refused to transfer the cathedral to the Russian Orthodox Church.

How the government agencies will celebrate the New Year

This year, state customers are going to spend nearly 10 times less money on the New Year corporate parties than a year before, as estimated by the All-Russia People's Front.