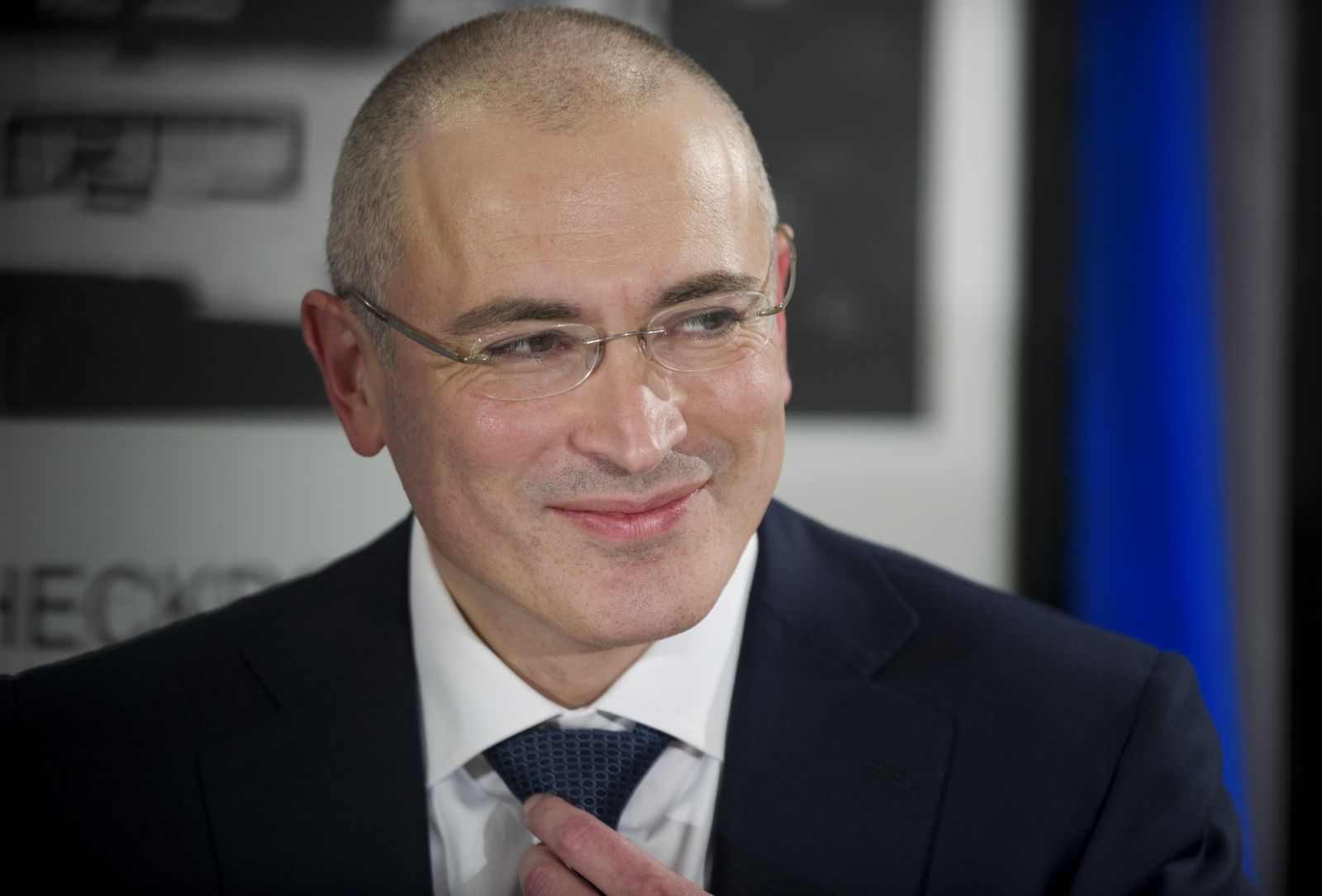 In 2003, Khodorkovsky was believed to be the wealthiest man in Russia (with a fortune estimated to be worth $15 billion) and was ranked 16th on Forbes list of billionaires, but in October 2003, he was arrested and charged with fraud. With shares of Yukos frozen, much of Khodorkovsky's wealth evaporated. After Hans-Dietrich Genscher lobbied for his release, President Vladimir Putin pardoned Khodorkovsky, releasing him from jail on 20 December 2013.

In 2014, Khodorkovsky re-launched Open Russia to promote several reforms to Russian civil society, including free and fair elections, political education, protection of journalists and activists, endorsing the rule of law, and ensuring media independence. He has been described by The Economist as "the Kremlin’s leading critic-in-exile".

Igor Sechin's curse hovers over the mayors of Nefteyugansk

For 25 years, almost no mayor of the supporting city of Rosneft has quit alive or without a sentence.

Another version of the death of Orhan Dzhemal, Cyril Radchenko and Alexander Rastorguev may be a robbery.

Not far from the capital of the CAR, Bangui, Orhan Cemal, Alexander Rastorguev and Cyril Radchenko were killed. Journalists worked in the framework of a joint project with the structures of Mikhail Khodorkovsky and collected material on the "Wagner" PMC.

Abramovich was refused a secret in Switzerland

Why the businessman decided to withdraw his application, known in the editorial offices of the newspapers Le Matin Dimanche and Sonntags Zeitung, but the local court forbade them to disclose this information.

Roman Abramovich was unable to make his way to Switzerland

The businessman in 2016 applied for a residence permit in Switzerland, but in 2017 he withdrew it, and then resumed it again.

Gololobov himself spoke about the decision of the authorities; he earlier gave testimony in favor of Russia.

Son is responsible for the father: how the heir of the owner of Fosagro manages his company

He studied in England but lived in a dormitory, and flew by discounter EasyJet. He got a job at his father's company at once, but at an ordinary position. That's how the owner of Fosagro brought up the future director of the company, his son.

Yukos loop: what showed the court in The Hague

The judges agreed that the claim of the former Yukos shareholders can not be considered in international arbitration, but it's too early to draw the line in the legal proceedings.

Khodorkovsky — RBC: "Irremovable government is bad not because of Putin"

The former head of Yukos, Mikhail Khodorkovsky, is the defendant in the newly discovered case of the murder of the mayor of Nefteyugansk. In an interview with RBC, he spoke about the new claims of investigators and training of politicians independent from the Kremlin.

Mikhail Khodorkovsky is put on the federal wanted list

The former head of Yukos is accused in absentia for the murder of the mayor of Nefteyugansk.

Fertilizers of discord: the essence of the legal proceedings around "Apatit" in London

The case of "Apatit", which triggered the destruction of Yukos, has long been forgotten. What now worries the business owner Andrey Guriev?

Solution to the riddle of the Witanhurst mansion

Russia has found an error in the amount of $21.7 billion in the decision of the Hague Court on Yukos

The former owners of Yukos had no right to sue Russia in the Hague, the international arbitration awarded them "extra" $21.7 billion of compensation, and Vladimir Putin meant something different. RBC studied the appeal of Russia in the Yukos case.

Rediscovering Russia: what Khodorkovsky did over the year at liberty

Yukos founder did not come back into the business, but began to actively develop social and political projects. What are his results on the eve of the first anniversary of his pardon?

Galina Timchenko: "None of us wants to publish Kolokol"

Former heads of Lenta.ru and Afisha spoke about their Latvian media and why Mikhail Khodorkovsky decided to leave the ranks of the investors of the project.

President of Rosneft Igor Sechin gave an interview to the German weekly magazine Der Spiegel. Calling it perhaps the second most influential, after Vladimir Putin, man in Russia, the newspaper notes, "Sechin's opponents consider him Darth Vader, his fans — the king of the energy sector."

Two cases of Yukos: why the defeat of Russia in the ECHR is more dangerous than the defeat in the Hague

The decision to pay €1,86 billion awarded by the ECHR to former Yukos shareholders may have much more serious implications than a verdict on $50 billion by the Hague Tribunal. Both for the Russian budget and its judicial system.

Arbitration in the Hague ruled to collect $50 billion from Russia in favor of the former shareholders of Yukos. The fiasco was planned. Russia didn't even lift a finger to win this battle.

Yukos owners have been recognized as victims

The release of Mikhail Khodorkovsky will have almost no impact on the investment climate in Russia, according to investors, bankers and government officials.

Mikhail Khodorkovsky was released from prison

The former head of Yukos is heading to Germany, where his mother is currently under medical treatment

The limitation period on the third case will expire in 2015, sources said. The law enforcers start from the so called "experts case" in their investigation.