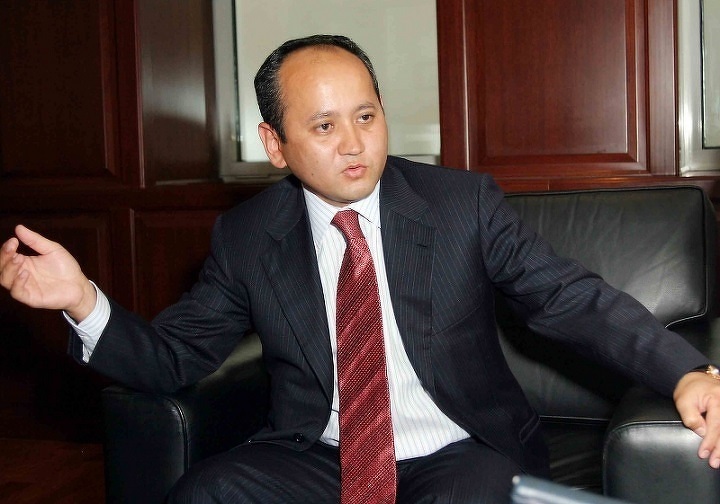 He was the founder of Democratic Choice of Kazakhstan (DCK), a political party that disbanded in 2005. He is also the author of Ablyazov against Nazarbayev.

Ablyazov served as the Chairman of the Board of Directors of BTA Bank from 2005 to 2009. During Ablyazov's leadership, BTA Bank reported dynamic growth, and became one of the most promising banks in the CIS.

While Chairman of BTA Bank, Ablyazov is alleged to have embezzled or misappropriated up to $6 billion into shell companies and offshore bank accounts. Ablyazov's case is one of the largest financial fraud cases in history. Ablyazov stated that BTA Bank assets were concealed to guard against forced nationalization. Judge Sir Nigel John Martin Teare said that Ablyazov had committed a “fraud on an epic scale” through use of offshore holding companies.

The Lyons Court reviewed the Prosecutor General's request to extradite the former head of BTA Bank as well as the former minister of the Moscow region Alexey Kuznetsov to Russia.

A preventive measure for 60 thousand per month

Nationalist Alexander Potkin was placed under house arrest in a rented apartment.

The extradition of the banker could have been prevented by the crisis in relations between Russia and Ukraine.

France will extradite Mukhtar Ablyazov to Russia or Ukraine

The former head of BTA Bank is accused of embezzling $6 billion.

Who will get the billions of BTA Bank

A judicial war has broken out because of the Russian assets of the disgraced Kazakh oligarch Mukhtar Ablyazov: between the Kazakh BTA Bank, the Russian Deposit Insurance Agency and Mr. Ablyazov himself. While they were fighting, some assets have found new owners.