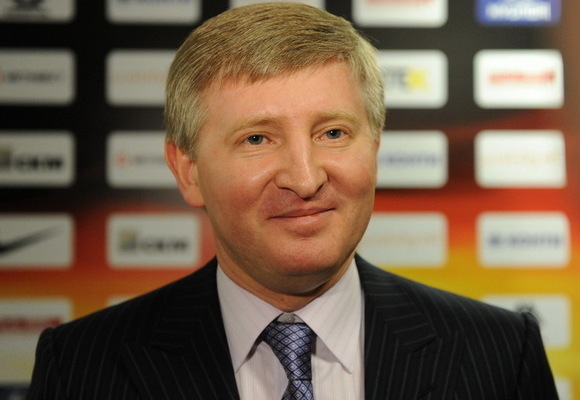 Rinat Leonidovych Akhmetov (born on 21 September 1966) is a Ukrainian businessman and oligarch. He is the founder and President of System Capital Management (SCM), and is ranked among the wealthiest men in Ukraine. As of February 2015, he was listed as the 216th richest man in the world with an estimated net worth of US 6.5 billion. There have been claims Akhmetov has been involved in organized crime. Akhmetov is also the owner and President of the Ukrainian football club Shakhtar Donetsk. In 2006–2007 and 2007–2012 Akhmetov was a member of the Ukrainian Verkhovna Rada (parliament) for the Party of Regions. Akhmetov also made numerous statements, since March 2014, appealing for integrity of Ukraine and finding peaceful solutions of the crisis.

The Donetsk and Lugansk Republics may obtain the Russian iron ore with a discount.

The Russian government asked Usmanov and Mordashov to help Donbass

The government recommended metallurgical holdings to consider iron ore supplies to companies in the Donetsk and Lugansk Republics, as RBC found out. The plants there were left without raw materials after the introduction of Ukrainian blockade of railway communication with the self-proclaimed republics.

How the Donbass blockade hit the empire of Rinat Akhmetov

As long as the DNR and LNR do not give up the control over the Ukrainian enterprises, Kiev will maintain the blockade of Donbass. The main victim became Rinat Akhmetov, who lost not only assets, but also leverage over Kyiv and Moscow.

In his interview, former Ukrainian deputy Alexander Onishchenko, which is currently hiding abroad, accused the country's president Petro Poroshenko in an attempt to take away an oil and gas company from billionaire Rinat Akhmetov.

Moscow quietly plays into the hands of Ukrainian oligarchs

Ukrainian oligarchs have received land and cottages in Crimea

Among the first official owners of land and real estate in the Crimea turned out to be companies associated with the richest Ukrainian oligarchs.

How the "master of Donbass" Rinat Akhmetov does business in war

Rinat Akhmetov is leading by a wide margin in all rankings of the richest people of Ukraine. None of the financial and industrial groups of the country can not be compared with his business empire, System Capital Management.

How much is the Donbass?