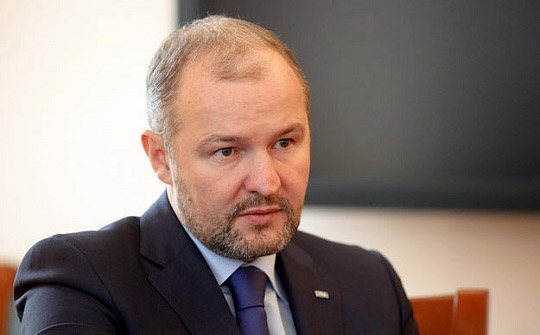 Roman Viktorovich Trotsenko (born 12 September 1970 in Moscow) is the advisor to the president of state-owned company Rosneft. Forbes estimated his personal wealth at $750 million (2016).

Roman Trotsenko owns the Aeon Corporation, which controls 13 airports in Russia, the Moscow River Steamship Line, shipbuilding companies and several ports. In 2013, Aeon Corporation bought Moscow's Federation Tower from companies owned by former billionaire Sergey Polonsky, who was accused of fraud. In December 2015, Trotsenko offered to pay bail of $286,000 for Polonsky's release, but the court extended his arrest. Trotsenko got his start as the financial director of a medical exchange at age 21. He claims he made his first million rubles the following year by trading in cigarettes.

Roman Trotsenko will be engaged in gold

He bought the share of Kenes Rakishev in Petropavlovsk.

Novaport increases its presence in Siberia

The company belonging to Roman Trotsenko has bought the airport of Ulan-Ude.

Novaport and Airports of Regions are fighting for the Belgrade airport

The problem is that both Russian applicants do not comply with the requirements of the tender.

The holding has invested $0.5 million and plans to become a service provider to order goods abroad.

The head of Rosneft sold nearly 20% of the state company to Glencore, which is closely associated with the Kremlin-connected billionaire Gennady Timchenko, and to the Qatar Investment Authority, which collaborates with Igor Sechin's advisor, Roman Trotsenko.

Glencore and Qatar sovereign fund buy 19.5% stake in the company for 10.5 billion euros.

The head of Rosneft has started a project to launder billions of dollars in unnecessary construction of metallurgical plant in the Primorsky Territory.

Domodedovo between Kamenschik and Rosneft

During the construction of the main business district of the capital, many towers changed the owner.

The Central Bank revoked the license for banking operations from JSC "Joint-stock bank Pushkino" on September 30.