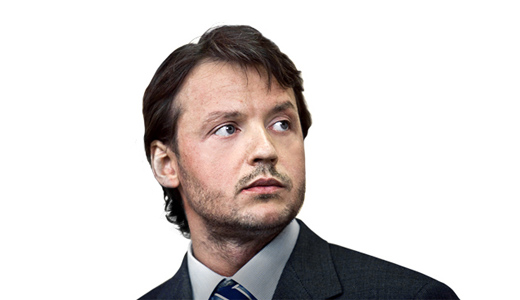 Gordeev is an investor in Hyperloop One, a U.S. highspeed-travel startup. In 1995, he founded Rosbuilding, which bought shares of different plants. He bought a 20% stake in home builder PIK Group from billionaire Suleiman Kerimov in 2013, and eventually became the controlling shareholder. Last year, PIK acquired its main competitor, Morton Group, to become one of Russia's largest residential developers.

He has been active in trying to save architecturally significant buildings from the Soviet era, including the 1927 Melnikov House in Moscow. He has also saved the Narkomfin building in Moscow.Others have been sceptical of his motives, but he calls himself an idealist, and is inspired by museums such as Sir John Soane's Museum in London.

The mayor of the capital retains an unusual loyalty to the head of the PIK Group of Companies.

Sergey Gordeev hoisted Gref and Sobyanin at the pic

As the main developer of the capital associated with the mafia, Trump and the mayor of Moscow.

Snoras on the Moscow "Platform"

The Russian real estate drifts away from the Lithuanian bank.

Why PIC Group bought Morton, together with its problems?

Gordeyev sold the largest developer in Russia to PIK

Ruchyev sold "Morton" to the co-owner of PIK Group

The president and the largest shareholder of PIK GC, Sergey Gordeev, bought Morton Group, the largest housing developer in Russia. The deal will allow the entrepreneur to control almost 14% of the market of industrial property in the capital area.