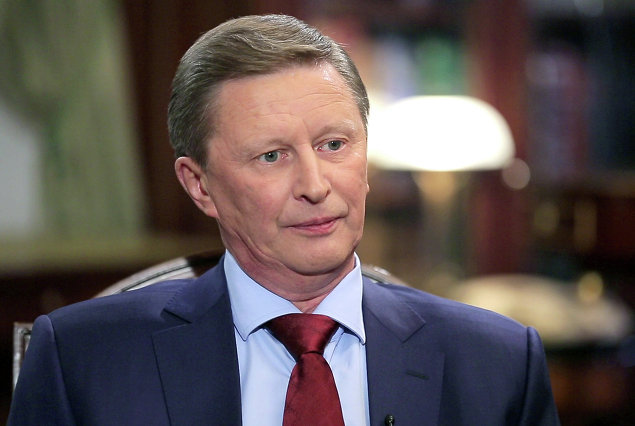 Ivanov's career, in terms of his background and rise through Russia's state structures, has often been compared to Putin's, fueling speculation that Ivanov might run for president. Three months younger than Putin, Ivanov had been a student contemporary of Putin's in their hometown of Leningrad where both completed competitive specialized secondary education programs (Putin in chemistry, Ivanov in the English language) before attending Leningrad State University. Both completed postgraduate studies in counterintelligence; and both joined the foreign intelligence service shortly afterward. However, according to Ivanov's recollections, he did not become acquainted with Putin during their years as students, but rather when both were assigned to work in the same foreign intelligence division in Leningrad.

On March 20, 2014, the Office of Foreign Assets Control (OFAC) announced that Ivanov and 19 others had been added to the Specially Designated Nationals List (SDN).

"Diamond Boy" Sergei Ivanov can not get enough

The offspring of the all-powerful ex-head of the presidential administration brings the Yakut company Alrosa to losses, and his friends on the board write themselves astronomical bonuses.

The White House will deal with the dispute between the state Roskosmos and private Dauria Aerospace.

Until 2022, "Alrosa" should invest in the reconstruction of up to 10 billion rubles.

Alrosa may lose the flooded mine

It accounted for 10% of the Russian diamond mining company.

The devastating clan of Sergei Ivanov

The career rise of the "golden boy" Sergei Ivanov, Jr. naturally led to a disaster at the Alrosa mine in Yakutia. Hereditary chekists do not know how to create, but are trained only for sabotage.

The best friends of diamonds

What is happening in the diamond mining giant "ALROSA".

Why PIC Group bought Morton, together with its problems?

The scandal around the former head of the Ministry of Agriculture of Russia Elena Skrynnik is going on. The Swiss prosecutor's office confirmed the information about the arrest of Skrynnik's accounts as part of a criminal investigation on money laundering, as today informed the press service of the Federal Public Prosecutor of Switzerland.

Vaino turned out to be close to Chemezov and Manturov

In aid of Gref: what will Sergey Ivanov's son will do in Sberbank

SOGAZ Head Sergey Ivanov comes to Sberbank to the position of Senior Vice President. He will develop the "Wealth Management" block, as revenues from it are falling.

Spetsstroy is busy evacuating the workers from the Arctic airbase under construction.

The Kremlin announced the Russian Air Force targets in Syria

The main task of military assistance to Damascus in the fight against the ISIS will be irreparable damage to the terrorists, said the Kremlin. The objectives of the Russian Air Force is the military infrastructure: weapons warehouses, fuel and ammunition.

Management of NPO Lavochkin is suspected of fictitious transaction

Investigators opened a criminal case because of the deal for 1 billion rubles concluded with Dauria Aerospace, the structure of Roskosmos.

The new state mass media entity will be headed by Dmitry Kiselyov, whose comments at Vesti Nedeli have repeatedly been the cause of scandals.