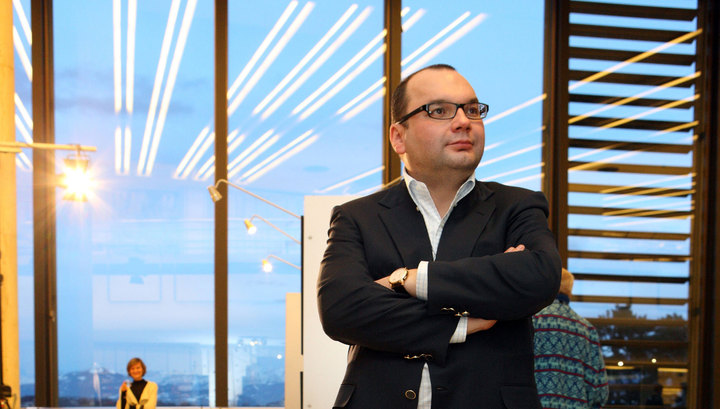 Sergey Vladimirovich Mikhailov (born March 17, 1971, Arkhangelsk) is the General Director of TASS since September 2012. Member of the personnel reserve of the President of Russia.

Mikhailov became the object of criticism in connection with his career in Russian Railways. In 2007-2010, the company made a rebranding worth $150 million, causing suspicion that the contract had been severely overestimated.

Shaltai-Boltai's leader arrested by the FSB

The story around the arrest of a high-ranking ISC official, Sergey Mikhailov, is becoming an actual thriller.

Betrayal in the FSB: what is known about the arrests in the security services and Kaspersky Lab

Arrests in the Information Security Center of the FSB and Kaspersky Lab could be the consequence of conflict within the security services, as claim RBC sources close to the higher echelone of the FSB.

How the former business colleagues help the Minister of Culture of Russia in his work.

Laysa, which "piggy-backed" on railways, now latched on the Moscow metro

The next auction was canceled for the sake of Sergey Mikhailov's company.

Peculiarities of the national PR

What the press secretaries keep their mouths shut about

Resignation of the undisputed head of RAO Russian Railways Vladimir Yakunin in addition to the political component has a concrete economic part. First of all, for companies which previously siphoned money from the budgets of the state corporation. Among those who may soon lose the nourishing fiscal feeder is communication agency iMars Group, which got hundreds of millions of rubles annually on lavish PR-orders from Russian Railways

The tenders are often arranged so that to be won by a particular contractor.

Mikhailov and Partners: who enriched themselves at the advertising contract with Russian Railways

As clarified by RBC, the main owner of the Laysa company, which received a 15-year contract for the sale of all advertising of Russian Railways, was Vitaly Krivenko, Deputy Head of Corporate Communications of RussianRailways.