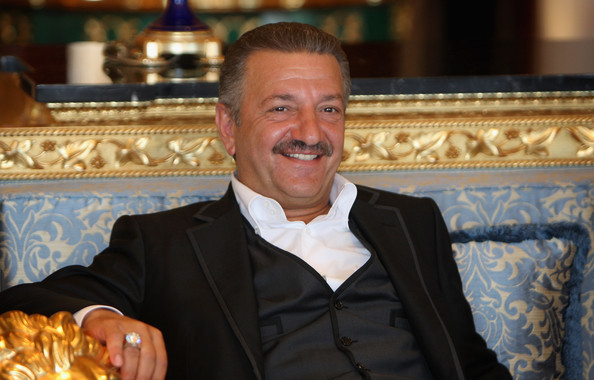 Telman Mardanovich Ismailov (born 26 October 1956) is an Azerbaijani-born businessman and entrepreneur of Mountain Jew origin. Since Azerbaijan does not allow dual citizenship, he holds Russian-Turkish citizenship. He is the chairman of the Russian AST Group of companies, which is active in many countries. Until 2009, Ismailov owned the Europe's then-largest marketplace, Cherkizovsky Market, located in Moscow, Russia.

Known for his extravagant life style, Ismailov is famous for spending millions of dollars on singers like Jennifer Lopez, Mariah Carey, Tom Jones, and others. Ismailov paid Lopez $1.4 million for her to sing 10 minutes worth of songs. The video of her singing "Happy Birthday" song to him is available on YouTube. Ismailov befriended plenty of other celebrities such as actresses like Sharon Stone, Richard Gere, Monica Bellucci, Paris Hilton, and numerous other performers just to appear at his lavish parties.

The tale of Telman Ismailov

On September 14, businessman Telman Ismailov’s apartments were searched: eight apartments belonging to his family were inspected. What made the owner of the Cherkizovsky market famous and what they can search for at his flats - read in Sofia Savina’s article.

Debt of the Makhachkala port to Arolia Holdings, an affiliate of Suleiman Kerimov, has already reached 1.3 billion rubles.

British accent: what is the role of the son and heir of Mikhail Gutseriev in the family business of BIN Group

Family entrusted Said Gutseriev with oilrefining. Was the British education and work experience in Glencore useful for him?

As it became known to Forbes, VTB obtained ownership of restaurant "Prague" and a business center "Tropicana", which belonged to the former owner of the Cherkizovsky market.

Telman Ismailov's sons will pay for their father

Bank of Moscow has got the right to collect the debt from the businesman's family's company.

Kompania remembered the most famous businessmen who have gone abroad over the last five years.