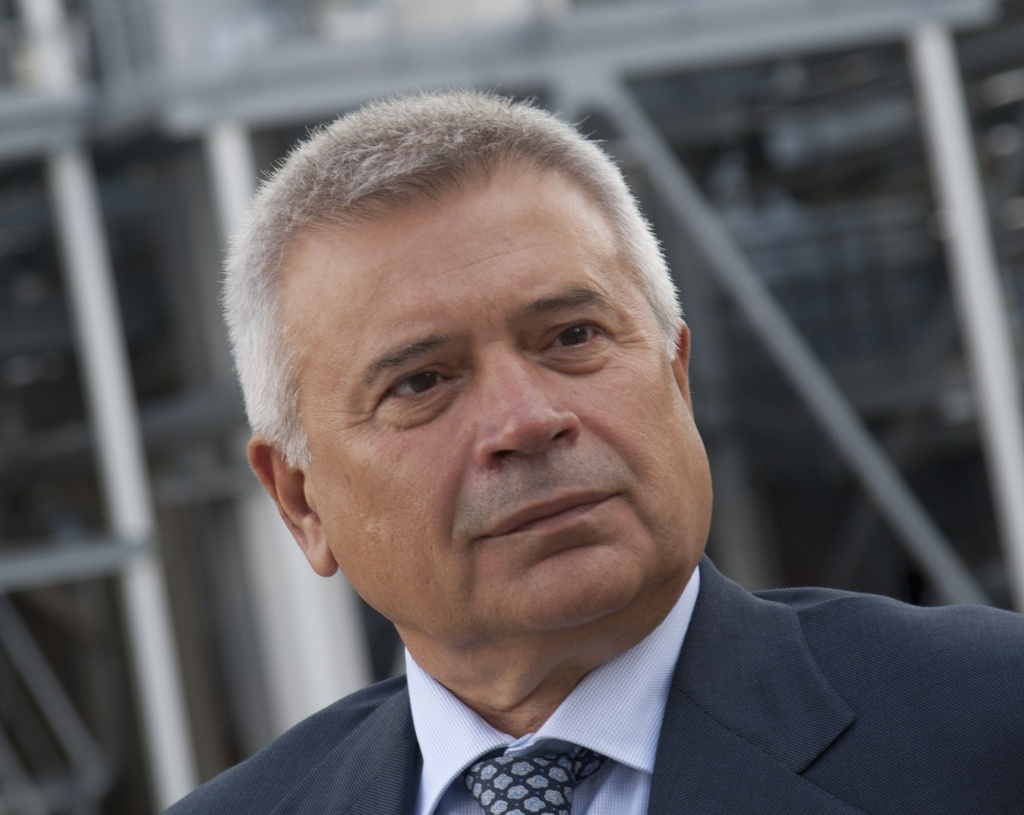 Vagit Yusufovich Alekperov (born 1 September 1950) is an Azerbaijani and Russian businessman, the president of the leading Russian oil company LUKOIL.
He is currently rated by Forbes magazine as the eighth richest person in Russia with a net worth of $12.3 billion and the 114th richest person in the world.

A former Caspian Sea oil rig worker, Vagit Alekperov became a deputy minister overseeing the oil industry in the Soviet Union. In 1991 he took three large ministry-controlled oil fields and set up Lukoil, now Russia's largest independent oil company. Alekperov penned a book called "Oil of Russia: Past, Present and Future." He is the founder of the foundation of regional social programs "Our Future," which promotes social entrepreneurship. He received nearly $600 million in dividends in 2016.

The head of LUKOIL estimated this sum as a loss of profit from fixing the cost of fuel on the Russian market in the last 4 months.

Dudley's defense: why the head of BP stood up for Rosneft and Gazprom

The head of BP, Bob Dudley, said that restrictions on Rosneft (at BP 19.75%), Gazprom and LUKOIL, similar to sanctions against UC Rusal Oleg Deripaska, will not be imposed. Otherwise, the power system of Europe is waiting for the collapse, he warned.

The structures of Leonid Fedun and Vagit Alekperov put up Kapital Asset Management Group for sale - shareholders are afraid of a repetition of the 2008 crisis against the background of reduced profits. Among potential buyers of the asset - Promsvyazbank.

Vagit Alekperov will give battle to Igor Sechin

Experts anticipate another battle of the titans with the participation of the main hero of corporate wrestling, Igor Sechin. While the asset is a convincing Victoria over Vladimir Yevtushenkov and a vague victory over points in the dispute with the shareholders of the Sakhalin-1 project.

Vagit Alekperov's company could have caused a massive fish freeze in the spawning river. Local residents and scientists associate it with the works at the Pyakyakhinskoye deposit of LUKOIL. YANAO officials are afraid to investigate the incident.

In total, Lukoil will direct 44% of its 2017 IFRS profit to dividends, which amounted to 419 billion rubles. Vagit Alekperov and Leonid Fedun will have 1,077 billion dollars.

Vagit Alekperov: "We are all on the lists"

In an interview at the St. Petersburg Economic Forum, Vagit Alekperov, President of LUKOIL, spoke about future prices for gasoline and oil, Iran's influence on the market, about sanctions and how long it will take for a successor.

LUKOIL does not give up Taimyr

The company can resume drilling in 2019.

Vagit Alekperov prepared a will

The LUKOIL stake owned by the businessman will be transferred to a special charity fund in a single lot. Probably, this is an attempt to save their assets before the future attack from Rosneft.

Alekperov decided not to transfer control overf LUKOIL to his son

Vagit Alekperov believes that his son Yusuf will not be able to manage LUKOIL, and is still looking for a successor. Earlier, Alekperov said that Yusuf could be brought to the management of LUKOIL, if an internship was held.

Optimization of assets: Lukoil's management approved the sale of the oil trader Litasco

Vagit Alekperov argues that the decision to sell Litasco is not connected with anti-Russian sanctions and the company considers the optimization of all foreign assets.

At the same time, the Russian government and the Central Bank will provide 1 trillion rubles to help the LUKOIL head's bank at the expense of Russian taxpayers.

Lukoil is studying the possibility of selling the Swiss trader Litasco

The sale of Litasco may take place before the end of 2017; this will be the first step towards the sale of all foreign assets of the company. Lukoil is studying the possibilities of selling its Swiss oil trader Litasco due to sanctions that complicate the attraction of new funds.

Oktritie Bank is under resolution

The Central Bank of Russia will save the important private bank at the expense of the budget.

Alekperov and Fedun withdraw their assets to the US

Lukoil reduced its oil production in Russia by 10%. Vagit Alekperov and Leonid Fedun withdraw their Russian assets to the US and plan to move overseas.