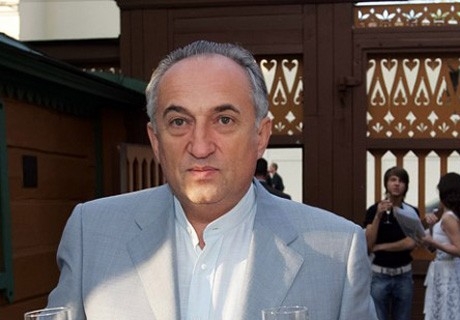 Vasily V. Anisimov (born 1951/52) is a Russian billionaire businessman. In the 1990s, he owned banks and aluminium plants, sold everything in 2000, and is now a property developer.

Vasily Anisimov has darted in and out of the spotlight since the 1990s, when he owned banks and aluminum plants. He liquidated everything in 2000, and kept a very low profile. Four years later, he emerged from the shadows as an investor in Metalloinvest, along with rising billionaires Alisher Usmanov and Andrei Skoch. Development company Coalco, owned by Anisimov, now has 44,000 acres of land near Moscow.

He reserved a portion of this land for a high end village called Akulinino where friends of President Vladimir Putin, like billionaire Arkady Rotenberg and Russian Railways president Vladimir Yakunin, have built houses. Anisimov is friends with Rotenberg, who is Putin's former sparring partner, and since 2010 has headed the Russian Federation of Judo, Putin's favorite sport.

Metalloinvest has withdrawn from Norilsk Nickel

In 2011, the holding company bought out almost 5% of shares from Usmanov, Skoch and Anisimov, and then sold them cheaper.

Another example of the "cleverness" of the Russian nouveaux riches: buying expensive real estate in the West only to unsuccessfully try to sell it at a price several times less.

The owner of Coalco intends to build a large logistics center "Central dry port" in the Domodedovo district of the Moscow region.

Vasily Anisimov torn between vodka in Russia, winemaking in the Crimea and villa in Switzerland

Alko king and developer ir is unable to combine his subsidiaries in the United States, the businesses in Switzerland, the Crimea, and Russia.

Who will be the third?

Why the authorities want to flood the country with cheap vodka and what billionaire Vasily Anisimov has to do with that.

How Russia's largest seller of cheap vodka was created

Status Group has ties with the bank of Vladimir Putin's classmate and former subordinates of the head of Rosalkogolregulirovaniye.

Security officers together with representatives of the Federal Tax Service visited the offices of the largest seller of vodka, Status Group.

VEDK Company, one of the largest alcohol distributors in Russia, has been sold to a former top manager of Rosspirtprom. After the deal, VEDK intends to do business "in other product categories."

Gold minority shareholders: all owners of Polyus Gold shares have been identified

Arkady Rotenberg and Suleiman Kerimov's partners have been found among the shareholders of the company.