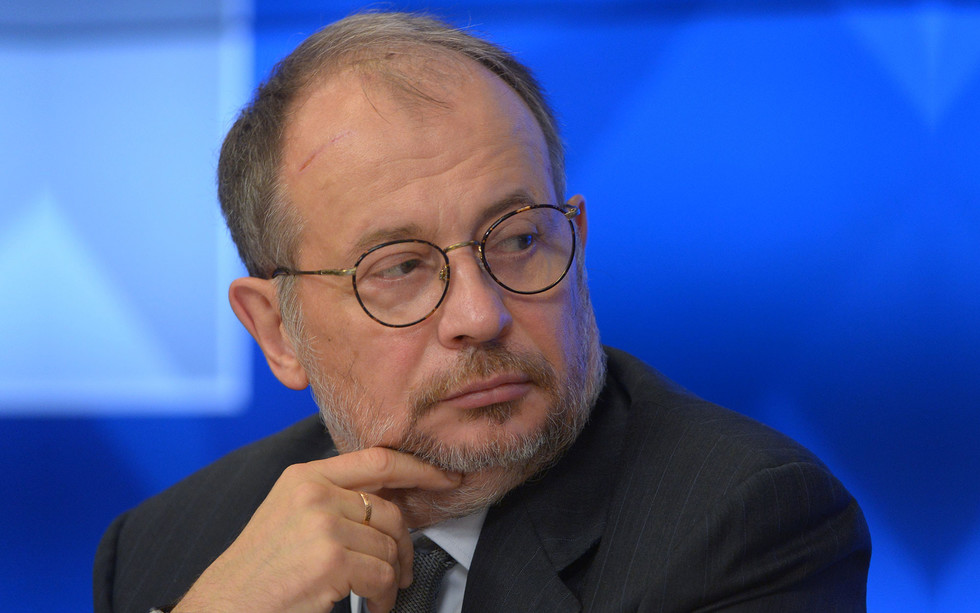 Vladimir Lisin (born 7 May 1956 in Ivanovo) is a Russian steel tycoon. He is chairman and the majority shareholder of Novolipetsk or NLMK, one of the four largest steel companies in Russia.

Vladimir Lisin has made his fortune in steel, railways and cargo logistics. He started out as a mechanic in a coalmine, then worked as a steelworker in Siberia after college. In 1991, when his boss was appointed minister of metallurgy, Lisin came with him to Moscow. A year later, he joined a group of traders, called Trans-World Group, who came to dominate Russia's aluminum and steel exports.

He managed the factories, and when the partners went their separate ways in 2000, he got a majority stake in the giant Novolipetsk steel mill. He also controls Universal Cargo Logistics Holding, which owns railway operator First Cargo, as well as some ports and shipping companies. He built one of Europe's largest shooting-range complexes in Lisya Nora, near Moscow

FAS grabbed the gills of Mordashov, Lisin and Rashnikov

Russian billionaires have bred heirs on a grand scale

Russian oligarchs were able to make fortunes that would be enough for a comfortable life of several generations.

Vladimir Lisin did not bargain with ArcelorMittal

The Novolipetsk Metallurgical Combine will not receive ArcelorMittal plants in Belgium and Luxembourg.

Railway operators do not manage to export coal for export

Carriers increase the export of coal in their own cars.

Top manager NLMK fell out of the window in Moscow

Vice President of the Novolipetsk Iron and Steel Works Charles Bruno de Cooman died tragically, having worked only for a year at Vladimir Lisin.

"Dekulakization" of Russian metallurgical and chemical corporations can lead to aggregate losses of more than 1 trillion rubles. Businessmen themselves do not fully believe in such measures.

Assistant to the President of the Russian Federation Andrei Belousov explained his initiative to withdraw 513 billion rubles from metallurgical and chemical companies not so much by fulfilling the "May" decrees as by "equalizing the tax burden."

Chairman of the Board of Directors of NLMK criticized the idea of ​​an adviser to the President of the Russian Federation Andrei Belousov "withdraw" from metallurgists and chemical companies 537 billion rubles.

The last regional bank died in the Lipetsk region

Lipetskcombank after the departure of NLMK Vladimir Lisin with a salary project will become a branch of its head bank Zenit.

Regulation of tariffs both the monopolist and consumers are dissatisfied. According to the owner of NLMK Vladimir Lisin, it is not the case of the antimonopoly authority to regulate prices "at the corners", without taking into account other factors. But the government will make the final decision.

Ziyavudin Magomedov's "Sum" group, who is in jail, is ready to abandon the creation of a national container operator, which the billionaire dreamed of since 2012. Fesco, which is controlled by it for a third, is looking for a buyer for a blocking stake in TransContainer.

Group "Sum" can sell a stake in "Transcontainer"

In the fight for a blocking stake in the carrier, Vladimir Lisin and Roman Abramovich can clash.

FAS brought UCL to a fine

NLMK billionaire Vladimir Lisin - the only contender for the Belgian assets ArcelorMittal.

The collapse of the quotes of "Rusal" was the main event of the day, however, sanctions were hit not only by the state of Oleg Deripaska - today many members of the Forbes list have become poor.

The cumulative fortune of the world's 500 richest businessmen has grown by $ 1 trillion over the year, with the largest increase among Russians among the main NLMK owner Vladimir Lisin.

"Transcontainer" was taken over by Alexander Abramov with Roman Abramovich

The products of Severstal, MMK and NLMK are more expensive in Russia than in Europe. It did not cause any questions among the Russian authorities, but the Europeans made themselves alert.

Russian nouveau riches in the crosshairs of British legislation

What should expect the Russian billionaires in the context of the fight against money laundering in the UK.