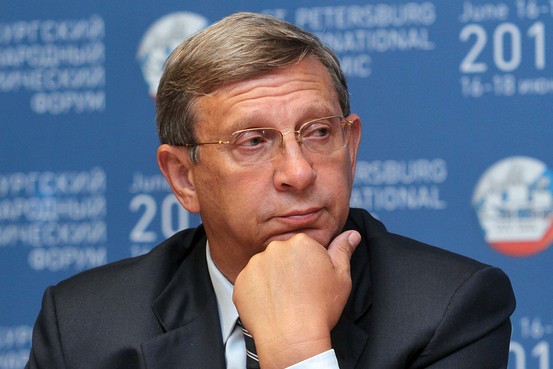 Once worth $9 billion, Vladimir Yevtushenkov has seen his fortune shrink after a court ordered him to return his stake in oil company Bashneft to the state. He was placed under house arrest for three months during an investigation that preceded the ruling. In January 2016, the Investigative Committee of the Russian Federation closed a related criminal case against him, primarily due to lack of evidence. A former plastics engineer, Yevtushenkov co-founded Sistema and took it public on the London Stock Exchange in 2005, the same year he invested in Bashneft. His Sistema still owns MTS, the largest cellular operator in Russia, and has interests in the energy, engineering, agriculture and media industries. It also owns toy store Detsky Mir and a chain of clinics.

Billions for Rosneft: Forbes examined the finances of AFK Sistema

AFK Sistema will appeal against the decision of the court to recover almost 136.3 billion rubles in favor of Rosneft. But in the event of a final loss, it will have to pay. Does the company of billionaire Vladimir Yevtushenkov have such money?

The end of the Vladimir Yevtushenkov's empire

The company considers illegal the decision to arrest its property at a claim of 170 billion rubles.

The representative of Rosneft, in turn, believes that the fall in AFK shares is due to the manipulation of the Sistema itself, and not to the progress of the lawsuit filed by the oil company.

Why Rosneft and Sistema can't reconcile

"Sistema" asks the Prosecutor General to verify the legality of the actions of the bailiff, who has forbidden the company to receive income on the arrested shares, and Igor Sechin expects from Sistema specific proposals on the settlement agreement.

Geopolitics, corporate conflicts and a drop in oil prices have led to an outflow of capital from Russia.

The owner of AFK Sistema responded to the claims of Rosneft

Vladimir Yevtushenkov vainly believes that in a dispute with the oil company, "the reason will triumph."

The representatives of Sistema have not yet disclosed the details of the proposal. Following the news about a possible settlement of the dispute, the company's shares finished trading by almost 8% up.

The prosecutor's office left Bashneft managers without stock options and bonuses: probably, the received shares and money will have to be returned.

The amount of claims of Igor Sechin to Vladimir Yevtushenkov reached almost $3 billion. Apparently, this is the beginning of the end of business of the "Luzhkov's oligarch" in Russia.

Now the company of Igor Sechin demands not 106.6, but 170.6 billion rubles from Vladimir Yevtushenkov's entity.

Gref, Yevtushenkov and Rashnikova are united in venture capital investment

Sberbank and Rashnikova company invested 2 billion rubles in the venture capital fund of the AFC "System".

Neither party might have a control stake in the joint venture, and Sistema wants to manage it.

Yevtushenkov decided to lead his agricultural holding to the IPO

The billionaire intends to achieve a doubling of the company's performance indicators and then to conduct an initial public offering of securities.

Rostec and AFK Sistema to discuss the creation of a new holding company: the Russian microelectronics industry is waiting for a mega deal.

Igor Sechin found a way to bypass the government ban

RBC investigation: why Russia has so few bridges

All the building materials for the construction of the Kerch bridge are purchased through intermediaries, which increases their value three times, said Dmitry Kozak during the meeting of the State Council on the construction.

His "Sistema Mass-Media" will invest in technological projects, and gradually sell media assets.

According to the information of an outlet called Resource Federation, the last scandal with fascist toy soldiers in the Central Children's Store on Lubyanka may have been allegedly stirred by the entities close to oligarch Vladimir Yevtushenkov.

Dangerous ties: who helped Vladimir Evtushenkov in the oil business

The owner of AFK Sistema was released from house arrest, having given up Bashneft to thestate. The billionaire had made his bet on a wrong politician.

On Thursday, the Moscow Arbitration Court decided to transfer 81.67% of the shares "Bashneft", the sixth largest oil company in Russia, to the state.

The Moscow City Court entrusted the resolution of this issue to the Basmanny Court.

Investigation: how the owner of AFK Sistema Vladimir Yevtushenkov ended up under investigation

Vladimir Yevtushenkov put under house arrest had helped to legalize Bashneft stolen from the state, according to investigators.