Bashneft is a Russian oil company formed by the transfer of the oil related assets of the Soviet oil ministry in Bashkortostan to the regional government of the Republic of Bashkortostan by Boris Yeltsin. It was then privatized during 2002-3 by Murtaza Rakhimov, the president of Bashkortostan, an ally of Yeltsin's, with a controlling interest in Bashkir Capital, a holding company controlled by Rakhimov's son, Ural Rakhimov. In 2009 a controlling interest in Bashneft was acquired for $2 billion by Vladimir P. Yevtushenkov and placed in his holding company, Sistema, but in July 2014 he was jailed and 72% of Sistema's interest in Bashneft seized by the Russian government. Following seizure of the company in December 2014 Yevtushenkov was released from jail, "charges not proven," but Ural Rakhimov was reported to have fled the country. It is one of the larger producers of oil products in the country. The company operates 140 oil and natural gas fields in Russia and has an annual oil production of 16 million tonnes. Bashneft owns three oil refineries located in Ufa with a combined capacity of 820,000 bbl/d (130,000 m3/d) and 100 petrol stations. 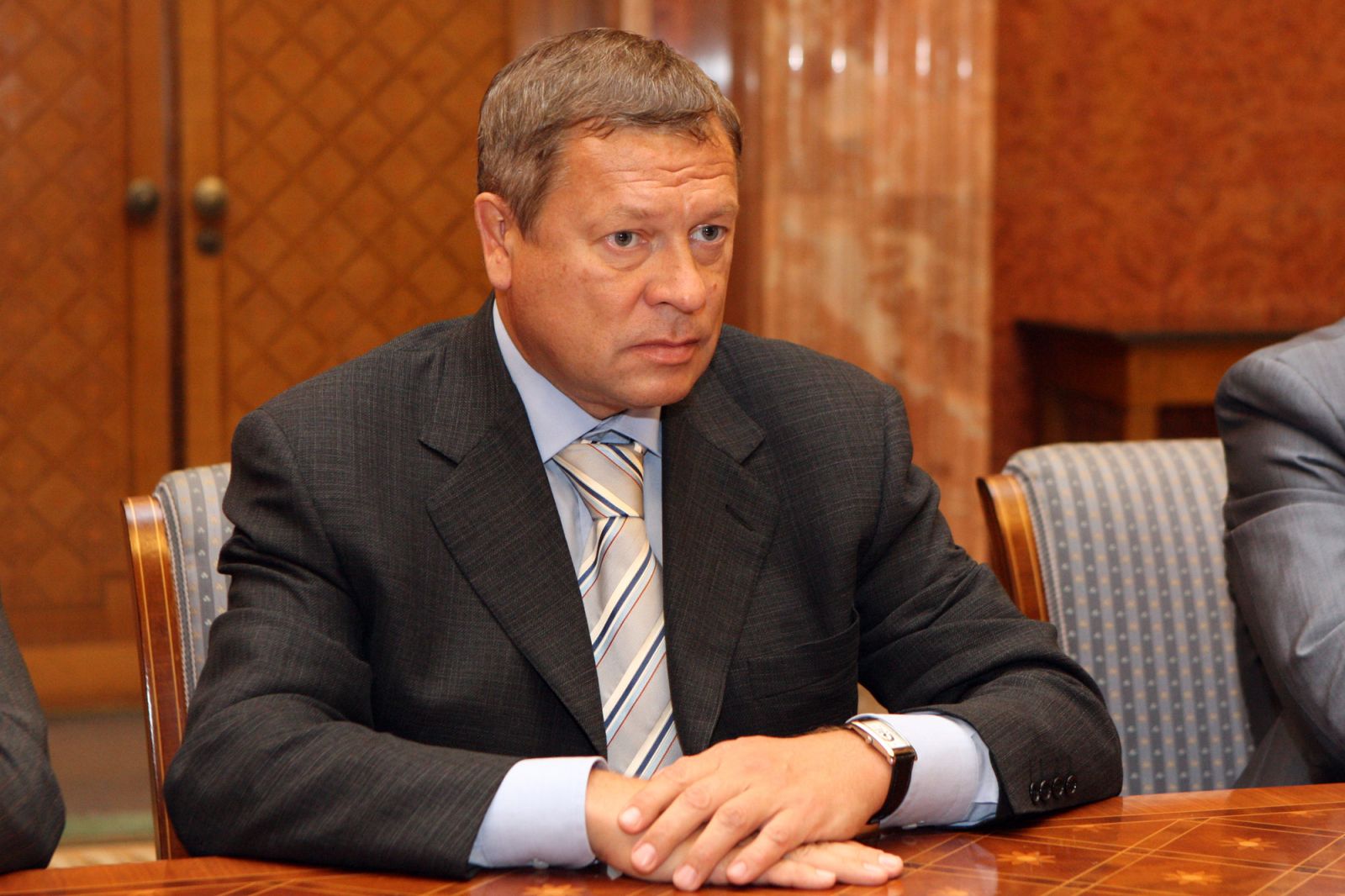 Igor Vladimirovich Zyuzin (born May 29, 1960) is a Russian businessman, Chairman of the Board of Directors and a major shareholder of the mining and steel group "Mechel". With a personal fortune of US$ 8.9 billion, he was at number 16 on the Forbes list of 200 richest Russian business people. He lost most of his net worth to a record drop in the Mechel stock price by late 2013.

In 1995 Igor Zyuzin and partner Vladimir Iorich formed Uglemetkooperatsiya, a coal-trading company, which was among the first to buy up shares in coal mines and pits in Russia's Kuzbass region. In 2001 the partners bought a controlling stake in Chelyabinsk Metals Factory, which formed the basis of the Mechel Group, which now has more than 20 plants and coals mines around the world. Three years later its shares began trading on the New York Stock Exchange. Now Mechel is in the doldrums. In the first nine months of 2012 the company lost $550 million and racked up $9.1 billion in debt. In September 2012 Mechel announced it was selling assets including factories in Romania, a Lithuanian wire, nails and wire mesh maker called Mechel Namunas, and nicked producer Yuzhuralnickel.

The court invalidated the FAS decision on the price of transshipment at the Varandey terminal.

But now the company is looking for raw materials not in Russia, but in Grenada.

The BBC told about Sechin's testimony at a private meeting in the Ulyukayev case.

Mikhail Shamolin went into the woods after the battle with «Rosneft»

Mikhail Shamolin told why he resigned from the post of AFK Sistema President, why he headed the forest business of the group and what scenarios of its development are considered.

AFK Sistema has paid the last 40 billion rubles in the framework of the settlement agreement ahead of schedule.

We are talking about the shares of the AFC in the "Children's World" and the Bashkir Electric Grid Company.

Rosneft filed a second lawsuit against AFK Sistema. The value of Sistema's assets, which can be arrested on two claims, exceeded 315 billion rubles. This exceeds by 40 billion their market price.

The oil company filed a new lawsuit against the AFC for 132 billion rubles.

The end of the Vladimir Yevtushenkov's empire

The company considers the current composition of the Bashkir Arbitration Court illegal.

The company considers illegal the decision to arrest its property at a claim of 170 billion rubles.

Why Rosneft and Sistema can't reconcile

"Sistema" asks the Prosecutor General to verify the legality of the actions of the bailiff, who has forbidden the company to receive income on the arrested shares, and Igor Sechin expects from Sistema specific proposals on the settlement agreement.

The owner of AFK Sistema responded to the claims of Rosneft

Vladimir Yevtushenkov vainly believes that in a dispute with the oil company, "the reason will triumph."

The representatives of Sistema have not yet disclosed the details of the proposal. Following the news about a possible settlement of the dispute, the company's shares finished trading by almost 8% up.

The prosecutor's office left Bashneft managers without stock options and bonuses: probably, the received shares and money will have to be returned.

The amount of claims of Igor Sechin to Vladimir Yevtushenkov reached almost $3 billion. Apparently, this is the beginning of the end of business of the "Luzhkov's oligarch" in Russia.

Now the company of Igor Sechin demands not 106.6, but 170.6 billion rubles from Vladimir Yevtushenkov's entity.

Oleg Burlakov bought the largest sailing yacht in the world

The businessman named his yacht after the ship from the famous film "Pirates of the Caribbean" - "Black Pearl".

The brightest resignations and appointments in 2016

Ulyukayev braces up for court in camera

The investigation is sure to proof the guilt of ex-Minister of Economic Development, in particular with the help of records of negotiations. The names of most of his interlocutors are classified.