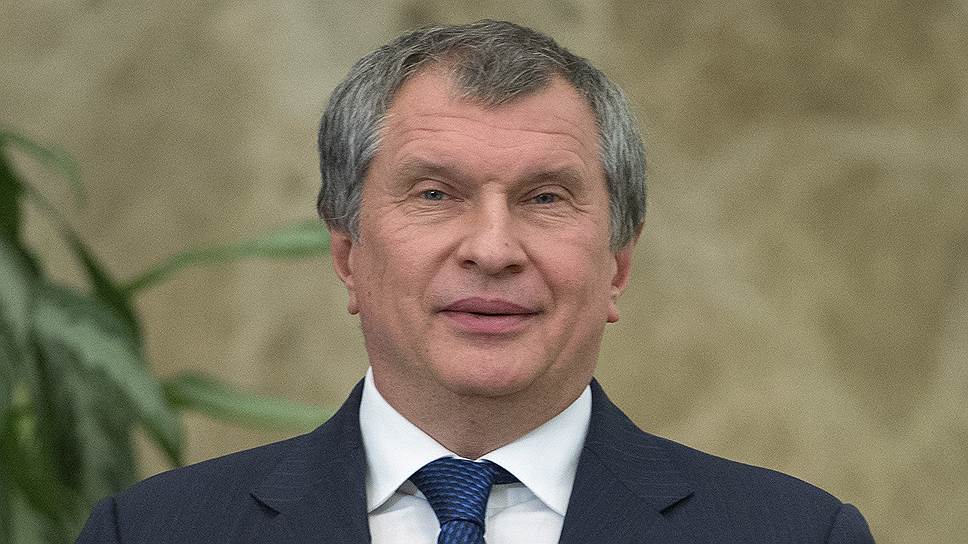 Igor Ivanovich Sechin (born 7 September 1960 in Leningrad, Soviet Union) is a Russian official, considered a close ally and "de facto deputy" of Vladimir Putin. Sechin is often described as one of Putin's most conservative counselors and the leader of the Kremlin's Siloviki faction, a lobby gathering former security services agents. Until 21 May 2012, he served as Deputy Prime Minister of Russia in Vladimir Putin's cabinet and he is currently the Executive Chairman of Rosneft, the Russian state oil company.

Igor Sechin graduated from Leningrad State University in 1984 as a linguist, fluent in Portuguese and French. In the 1980s, Sechin worked in Mozambique. He was officially a Soviet interpreter. From 1991 to 1996, he worked at St. Petersburg mayor's office, and became a chief of staff of the first deputy mayor, Vladimir Putin in 1994. From 1996 to 1997, Sechin served as a deputy of Vladimir Putin, who worked in the presidential property management department. From 1997 to 1998, Sechin was the chief of the general department of the main control directorate attached to the president, led by Putin. In August 1999, he was appointed head of the secretariat of the prime minister of Russia, Putin. From 24 November 1999 until 11 January 2000, Sechin was the first deputy chief of the Russian presidential administration.

In December 2014, a CNBC article noted that Sechin is "widely believed to be Russia's second-most powerful person" after President Putin.

Mordashov's coal spilled out of his pocket

All mines in Vorkuta in 2022 will finally become the property of the dollar billionaire Roman Trotsenko, adviser to the president of Rosneft Igor Sechin.

The head of Rosneft deftly manages state assets, the result of which may be multibillion-dollar budget losses and vague prospects for the Vostok Oil project, which has not become a reality in two years.

Rosneft filed a lawsuit with a demand to recover from the publication 43 billion rubles. So the company assessed the damage to the reputation from the heading about the Ryazan private security company.

Opposition-controlled parliament intends to request information from the Russian embassy about the Rosneft deal, which was completed in late March.

Rosneft's assets in Venezuela are sold to a company 100% state-owned - Roszarubezhneft.

The Saudis spotted Sechin in "Novomet"

Saudi companies will not buy a stake in Novomet.

Exxon dodged a fine for a joint business with Sechin

Exxon Mobil Corp. challenged and canceled a $ 2 million fine imposed by the US Treasury for failure to comply with sanctions against Russia in a Dallas court.

The oligarch Trotsenko scatters in Saransk

How Roman Trotsenko got his hands on another regional airport and whether omnipotent Igor Sechin can stand behind it.

Venezuela secretly exports millions of barrels of oil abroad, transferring them to the balance of Rosneft.

Ice Battle in the Arctic - Igor Sechin vs. Leonid Michelson

The invisible battle between the Rosneft and Novatek companies for a place under the Arctic "sun" continues.

Rosneft does not skimp on spending in favor of Italian designer Roberto Girombelli.

The Kremlin will not feed Igor Sechin

Russian oilmen will not receive state support in the form of tax benefits, the president decided.

In return, he will invest up to 8.5 trillion in the Arctic region.

Rosneft is "singing along" with Deutsche Welle and Reuters publications, say Transneft.

For the implementation of the $ 20 billion project in Barvikha, the head of Rosneft needs to save more than 20 years.

According to the general director of Gazprom Neft, the company pays one of the highest taxes in the industry in Western Siberia.

Igor Sechin is waiting for compensation from Tokarev

The state-owned companies Rosneft and Transneft exchanged mutual recriminations after the statement of the head of Rosneft, Igor Sechin, on damage from oil pollution.

How Viktor Ishayev became a victim of high politics

The story of how the former presidential plenipotentiary ruined Vladimir Putin’s plans and was arrested.

How Igor Sechin earns on US sanctions against Venezuela

The Venezuelan government uses Rosneft to circumvent US sanctions. According to Reuters, the oil state company PDVSA began to send invoices for fuel to a Russian partner, who pays for them immediately and at a discount, and then resells the resources to other buyers for the full price.

Igor Sechin's curse hovers over the mayors of Nefteyugansk

For 25 years, almost no mayor of the supporting city of Rosneft has quit alive or without a sentence.

The “breakthrough” of Putin’s business into the open world turned out to be an interlude, as a result of which the state-owned VTB Bank acquired shares of the toxic Sechin Rosneft.

For this, it is proposed to reanimate the old Soviet project to create the Eastern Petrochemical Complex, the cost of which is now estimated at 1.3 trillion rubles.

Igor Sechin recorded a failure: the largest corporate blackmailer and extortionist in the Russian Federation did not manage to tear off more than 80 billion rubles from participants of the Sakhalin-1 project. His company abandoned its financial claims in court.

The head of USC said that the corporation would force Rosneft to pay for drowning the PD-50 unique floating dock in Murmansk.