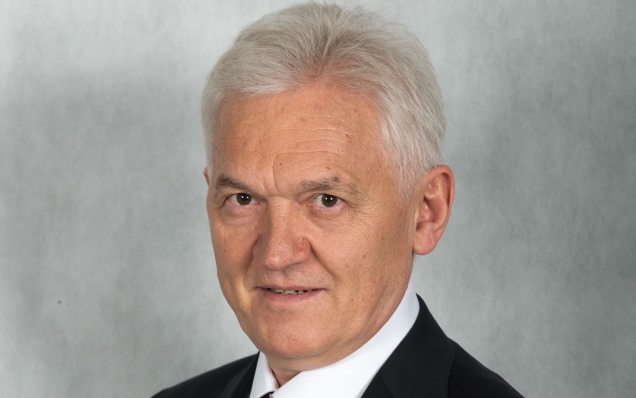 Gennady Nikolayevich Timchenko (born 1952) is a Russian businessman and billionaire. He founded and owns the private investment group, Volga Group, which specializes in investments in energy, transport and infrastructure assets. Previously he was a co-owner of Gunvor Group. In 2014, Timchenko was ranked 62nd on the Forbes magazine billionaires list, with an estimated fortune of $15.3 billion USD. He is known for being the Chairman of the Board of Directors of the Kontinental Hockey League, and President of the SKA (St. Petersburg) ice hockey club. He is a citizen of Russia, Finland and Armenia.

Gennady Timchenko also has stakes in various Russian businesses including gas company Novatek, petrochemichal producer Sibur Holding, railway operator Transoil and construction firm STG Group. Considered one of the most powerful people in Russia, he has close ties to President Vladimir Putin and, as a result, faced U. S. sanctions in 2014 in response to Russia's intervention in Crimea and eastern Ukraine.

We continue to talk about “foreign agents” within the government, who are fighting in words with foreign influence on Russian politics, but in fact are buying real estate in Europe. This time it's about Finland.

In March, the Power of Siberia gas pipeline export to China will be stopped for equipment prevention. Only three months have passed since its launch.

Unknown billionaire: what the nephew of Vladimir Putin hides from the public

Portrait of Mikhail Shelomov, nephew of the president, owner of a billion dollars and a toilet in the yard

The businessman and friend of Vladimir Putin, Gennady Timchenko, with $ 22.1 billion among the richest Russians, is second only to his Novatek and Sibur partner Leonid Mikhelson.

Gazprom negotiates the purchase of recipients of multi-billion dollar contracts for the construction of gas pipelines and the Crimean Bridge - Stroygazmontazh and Stroytransneftegaz. This should help the monopoly reduce sanction risks.

Oil industry workers, gas producers and metallurgists are the most successful businessmen in the Forbes list of the richest people. But there are exceptions.

Kirill Shamalov missed up to a billion

The fortune of Kirill Shamalov, whom the media called Vladimir Putin’s son-in-law, was $ 950 million. In 2017, he sold 17% of Sibur below the market.

Friends of Vladimir Putin will earn billions on a new construction site in St. Petersburg.

Partnership with God: why Mikhelson and Timchenko get richer

Mega projects of Novatek, which would not have been possible without the partnership of Leonid Mikhelson and Gennady Timchenko, can make them the richest people in Russia - with a big gap from competitors in the Forbes rating.

The principle of replacing historical quotas for catching crab at auctions will lead to bankruptcies of many fishing companies in Russia. But it will allow the Russian fishing company Gleb Frank to gain a foothold in this niche.

Both oligarchs increased their fortunes by 1.4 billion dollars due to the growth of Novatek shares.

Stroytransgaz will build a port in Gelendzhik without a tender

The company was identified as the only contractor for state contracts for construction.

Timchenko transferred 19% of NOVATEK to a new company

Out of 23.49% of the shares of the gas company owned by him, he transferred 19.16% to the dummy company "Ena Invest". Perhaps for the purpose of further sale or collateral. Now such a package is estimated at 500 billion rubles.

Gennady Timchenko will build a hotel for $ 90 million in Syria

The Russian oligarch took up the restoration of the tourist cluster of the Arab economy. Prior to that, he was involved in it with gas and phosphate projects.

Gennady Timchenko will expand the roads in Zhukovsky for 6.6 billion rubles

The company "Stroytransgaz" Gennady Timchenko received a contract for the reconstruction of the road in the Moscow region of Zhukovsky.

To help Putin's oligarch came the state: the plane was bought by the Cyprus structure of the Russian Direct Investment Fund (RFPI). It was impossible to use business joke Timchenko because of US sanctions.

Transoil is not affected by sanctions and reduces dependence on RZD

Igor Romashov described how the company reduces dependence on Russian Railways and why it did not suffer from US sanctions.

The management of the bank refused to protect its specialists. German Gref called their report on Gazprom's inefficiency "a gross violation of ethical standards." Earlier, the bank had already apologized to Rosneft for its unbelievable Rosneft report: We Needed Talk About Igor in October 2017.

Sberbank CIB decided to dismiss analyst Alex Fack, who previously produced reports on Russian oil and gas companies. In the last report, he noted that Gazprom does not work in the interests of its shareholders, but in the interests of contractors - the companies of the Rothenberg clan and Gennady Timchenko.

Sberbank CIB accused Gazprom of infringing the interests of shareholders. According to banking analysts, Gazprom's largest contractors turned out to be the main beneficiaries of the expensive construction of the Siberia, Northern Stream-2 and Turkish Stream export pipelines. Their cost was 93.4 billion dollars.

President Vladimir Putin opened a regular automobile traffic along the Crimean bridge that connects the mainland with the peninsula. The main problem at first may be traffic jams, especially at the approaches to the bridge, experts warn.

How in just two years the Crimean bridge was built

Movement of cars on it will begin early in the morning on May, 16th.

Gazprom gave a contract for 74.6 billion rubles to the structure of Timchenko

The contract concerns a contract for the construction of two sections of the linear part of the overland supply to the Nord Stream-2 pipeline. In the documents, the data on the contractor-related to Gennady Timchenko of the company Stroytransneftegaz-are hidden.

The attack of the head of Rosneft on Novatek Leonid Mikhelson could have the goal of forcing the latter to make room in the Yamal LNG hydrocarbon project.