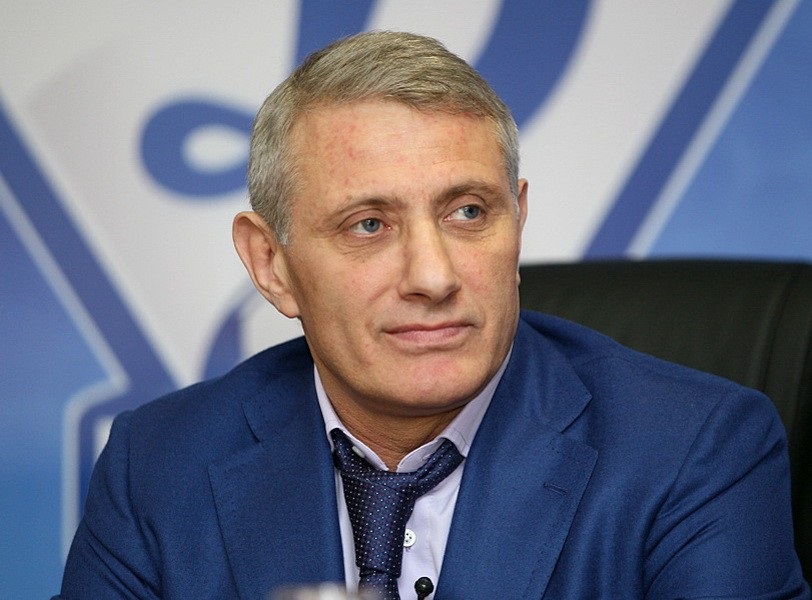 Boris Romanovich Rotenberg (born in Leningrad on 3 January 1957) is a Russian business man and oligarch. He is co-owner (with his brother Arkady Rotenberg) of the SGM (Storygazmantazh) group, the largest construction company for gas pipelines and electrical power supply lines in Russia. He was listed by Forbes as Russia's 69th wealthiest person in 2016 with a net worth of $1.07 billion. He is considered a close confidant of president Vladimir Putin.

Based on his friendship with Vladimir Putin, his company became closely aligned with Gazprom. Mr. Rotenberg is a member of the St. Petersburg Connection, a powerful energy lobby under the leadership of Mr. Putin.

He was involved in 20 construction projects for the Sochi Winter Olympics worth 5 billion Euro. The largest site was the coastal highway to Adler, where the Olympic Park was constructed for the numerous sport arenas.

The United Kingdom was the first to impose sanctions against the Russian Federation. Five Russian banks, businessmens Igor and Boris Rotenberg, as well as Gennady Timchenko, were subject to restrictions.

The Rotenbergs bypassed the sanctions

According to the conclusions of the members of the Senate, the companies associated with the Rotenberg, after the imposition of sanctions against businessmen, continued to make deals in the art market.

Four Russian oligarchs help the regions where their companies are present, three pay for express tests of a company associated with the Rotenberg family, two more decided to help foreign doctors.

On January 13, a court in Helsinki will rule on lawsuits by businessman Boris Rotenberg against four Scandinavian banks that refuse to service his accounts due to US sanctions.

How the business of the family of a friend of the president, billionaire Arkady Rotenberg, is changing.

Status Russians do not pay their fines

A list of VIP debtors who are being sought by bailiffs has been published.

Boris Rotenberg is trying on the strength of the Finnish judicial system, demanding to strike a balance between so respected human rights in Europe and the fear of banks to violate the US sanctions regime. What could be the result of a lawsuit?

The Helsinki court found itself in a delicate situation: the Russian billionaire has a passport of Finland, and the execution of US sanctions against him may have unpleasant consequences for other EU citizens.

The government allowed the transfer of rights to develop two deposits in Yamal, the company "RusGazAlliance."

Bakery Igor Pyinkevich got into the hands of the GVSU "Center".

The founder and former owner of Mosoblbank, transferred to the structures of the Rothenberg brothers, died in a colony where he served time for the theft of 68 billion rubles.

Boris Rotenberg firmly established himself on the Cote d'Azur of France

The Center for the Study of Corruption and Organized Crime (OCCRP) learned how deeply rooted in the French Riviera one of the most infamous Russian oligarchs, Vladimir Putin's childhood friend Boris Rotenberg.

"Gazprom" fed the SMP Bank of the Rothenberg brothers

Toxic Putin's oligarchs will be able to improve financial health at the expense of the gas corporation.

The companies owned by Arkady, Boris and Igor Rothenberg, in 2016, received the masters almost 600 billion rubles.

Whose protection are Rotenberg and Kovalchuk looking for?

A distant relative of the president together with the contractor of Russian Railways and the shareholder of the Bank of Russia want to build a racing track near St. Petersburg worth 11 billion rubles.

Where did the banker Ilya Kligman hide 35 billion rubles from the double-entry bookkeeping in Arksbanka?

After 12 years, FC Dynamo returns from VTB to the Dynamo society.

Why the bank would need such papers and who could buy them is not clear. Previously, such papers were placed only by VTB, Gazprombank and Alfa-Bank.

Chairman of the Board of Directors of SMP Bank, Artem Obolensky, has created a company that wants to keep track of all the turnover of medicines in Russia

Hitting the inner circle: how Putin's friends suffered from sanctions

On March 20, 2014 the US government first imposed personal sanctions against Russian businessmen and top managers of state-owned companies from the Russian President Vladimir Putin's entourage.

In companies under Arkady Rotenberg's full control, the vertical of power is created by the master of martial arts and their teams.