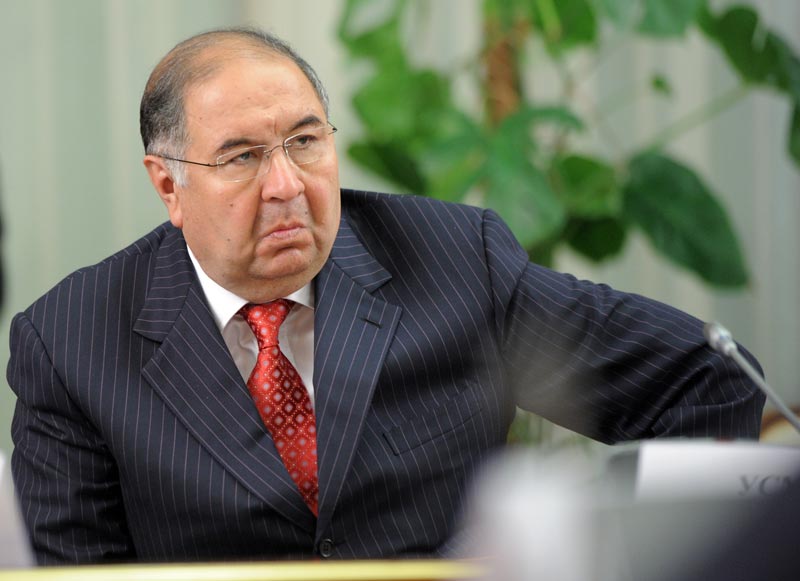 In 1976 he graduated from the Moscow State Institute with a degree in "international law". His classmate was Sergei Yastrzhembsky. He worked as a researcher at the Academy of Sciences of the USSR, the senior consultant of the Central Committee of Youth of Uzbekistan, Director General of Foreign Economic Association of the Soviet Peace Committee. In 1966-1981 Usmanov was a member of the Young Communist League, and later joined the Communist Party.

In 1980, Usmanov with his friend Nasymovym, security officer of the special department of the KGB, the son of the deputy chairman of the KGB of the Uzbek SSR, were sentenced to 8 years in prison for three articles of the Criminal Code (in including rape). Usmanov was released on parole in 1986, "because of the sincere remorse" and "for good behavior". In July 2000, the Supreme Court of Uzbekistan fully rehabilitated Usmanov, calling the criminal case against him was fabricated.

I graduated from the Finance Academy under the Government of the Russian Federation on a specialty "Banking" in 1997. In 2012, it founded a diversified international company USM Holdings, which has combined the holding "Metalloinvest", "MegaFon" network operators and "Skartel", the leader of the Internet market in the Russian segment of Mail.Ru Group, Disney Russia TV channels "Muz-TV" and " YU". Shares of the holding company as follows: Usmanov (60%), the structure of Vladimir Skoch (30%) and Farhad Moshiri (10%).

In March 2012 edition of Bloomberg called Usmanov, Russia's richest man, estimating his fortune at US $ 20 billion. In October 2012, he moved into second place, losing to Viktor Vekselberg. In 2013-2015 he headed the list of Russia's richest people. In 2012, according to Forbes magazine, he took 67th place among the most influential people in the world. In 2016, Forbes magazine estimated the state Usmanov at $ 12.5 billion (№ 3 in Russian).

In April 2010, the British newspaper The Sunday Times Usmanov included in the top ten richest people of Great Britain. It is located on the sixth position in the ranking with a fortune of 4.7 billion pounds (growth compared with 213 per cent last year). In April 2013, it is named the richest man in the UK according to the rating of The Sunday Times Rich List. In 2013, he entered in the annual rating of "50 most influential people" according to the magazine Bloomberg Markets Magazine.

Alisher Usmanov spoke about his life under two bottles of vodka

For the first time in more than ten years, the Russian billionaire Alisher Usmanov gave an interview to the Financial Times; he spoke about relations with Putin and Abramovich, sanctions and heirs, and parting with Arsenal.

The full publication policy department resigned because of an article about the speaker of the Federation Council.

The search at Rosbalt may have been sent to search for evidence that was collected for a material not yet published.

The structures of the oligarch won the tender of the Moscow metro for processing the fiscal data of passengers, suggesting a negative cost.

In Russia there was the last oligarch

This was told by Alisher Usmanov, who in the US is considered a pro-Kremlin oligarch.

Representatives of the oligarch said that it was a question of "financial assistance" to the Uzbek football club.

Alisher Usmanov, Sergey Chemezov and Alexander Galitsky will pick up the Russian labeling

Within a month, the largest Russian social network "In Contact" will change the rules of privacy and introduce the opportunity to make the profile completely private, leaving access only to its friends.

The election campaign of Sergei Sobyanin is sponsored by Alisher Usmanov, Cossacks and motorists

Sergei Sobyanin's fund has already received more than 113 million rubles, of which 60 he managed to spend. Carefully selected "competitors" do not hurry to spend their budgets.

The State Bank purchased a 10% stake in Mikhailovsky GOK, part of the holding company Metalloinvest, controlled by Alisher Usmanov through a gasket company in Cyprus.

The toxic Russian oligarch is being removed from the UK.

Among them, in particular, Metalloinvest and Megafon.

The manufacturer of IT-systems for the implementation of the law Yarovoy wants to buy the Center for Speech Technology.

Russians will pay taxes to Alisher Usmanov and Sergei Chemezov

With each cigarette, tablet or coat, Russians will pay tribute. The main beneficiary of the introduction of a total marking system in Russia will be the oligarch Alisher Usmanov.

Why did his post leave the editor-in-chief of the newspaper Kommersant, Sergei Yakovlev.

VTB and Alibaba are ready to cooperate

The deal will combine the competencies of the participants.

High-ranking officials and bookmakers believe that the Russian team will successfully overcome the group stage. Otherwise, why did you spend more than $ 13 billion on the mundial?

The Times included Usmanov as one of the ten richest people in the UK. His state newspaper estimated at 10.556 billion pounds (14.29 billion dollars).

Mail.ru Group will have new co-owners

This is Rostek and Gazprombank.

Svyaznoy is united with Euroset

The shareholders signed an agreement on the deal. The combined network will include more than 5,000 stores.