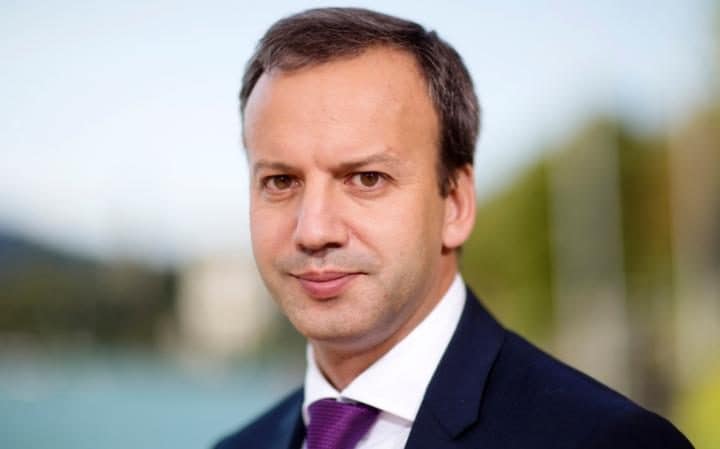 Arkady Vladimirovich Dvorkovich (born 26 March 1972) Dvorkovich is a Russian public servant and economist, who was appointed as Deputy Prime Minister in Dmitry Medvedev's Cabinet on 21 May 2012. He was previously an Assistant to the President of the Russian Federation since 13 May 2008 til May 2012. His father, Vladimir Dvorkovich, was an international chess arbiter. Dvorkovich is an official of the Russian Chess Federation. Dvorkovich favors his opponent, Kirsan Ilyumzhinov, as chairman of FIDE.

Dvorkovich is considered to be a close confidant of Dmitry Medvedev and an important figure in Russian politics. He rose to prominence during Medvedev's presidency but has recently suffered from the resurgence of Igor Sechin.

Since 2015 he also the Chairman of the Board of the Directors in Russian Railways company.

For the misdeeds of the Mursekaevs, Putin punished the head of the Ministry of Transport Maxim Sokolov

President Putin reprimanded the Minister of Transport Sokolov, threatened Deputy Prime Minister Dvorkovich with the same, and is now providing his aircrafts for the passengers of VIM-Avia ariline.

Yuri Trutnev used Alrosa for himself

A Russian official has become a diamond tycoon and a billionaire.

Russia increased its oil production and exports in 2016

After the beginning of the new year, the Russian companies need to cut production, but the production of crude oil in 2017 may increase again.

What the family of the Minister of Industry and Trade earns money.

Security forces picked up the trail of Igor Shuvalov

The arrest of Alexey Ulyukayev is the first step towards the arrest of the famous dog lover.

The government is ready to impose an 18% tax on purchases from the foreign online stores, followed by the customs duties, but there is no infrastructure for the tightening of customs control.

Igor Sechin found a way to bypass the government ban

In Russia, almost half of the operating mines are ultra-hazardous, according to the Ministry of Energy

One of the authors of the Doing Business ranking, the former Deputy Prime Minister of Bulgaria and the former head of the New Economic School (NES) Simeon Djankov spoke about the types of corruption and the inability of large-scale reforms in Russia.

A small oil company Dulisma, which belongs to the Khotin family, manages to get export benefits faster than LUKOIL. The Ministry of Finance believes these benefits are justified and assesses budget losses from them at 92.5 billion rubles.

Egypt's closure: what losses the citizens and businesses should prepare for

On Friday, Russia suspended air service to Egypt. Tourist industry began to count the losses from the loss of the main direction for the New Year. Just to transport the Russian tourists from Egyptian resorts, the tour operators will lose $10 million.

The two film-makers will be assisted in getting a loan of 700 million rubles.

For the first time since the days of Chubais, after the reform of RAO UES, the Russian energy comples may have a foreign strategic investor.