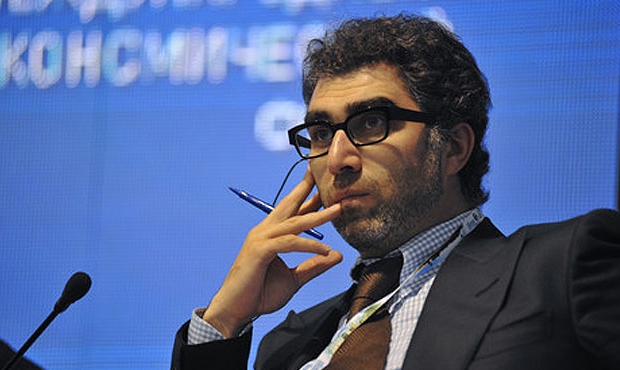 Danil Khachaturov (born October 30, 1971 in Moscow) is a Russian businessman, president of the Rosgosstrakh group of companies, general director and co-owner of Rosgosstrakh. He graduated from the Moscow Engineering and Construction Institute and the Financial Academy under the Government of the Russian Federation.

In the Forbes list of "200 richest businessmen of Russia" he has the 48th place with the fortune of $2 billion in 2017. In 2008, he married Ulyana Sergeenko, in 2013 their marriage ended. He has five children; fond of mountaineering and diving.

The Ministry of Internal Affairs is checking three transactions that took place on the eve of the reorganization of the Otkrytie group.

Petr Aven will look for president on Khachaturov

The Moscow Arbitration Court rejects claims for the recovery of funds from the former owners of Rosgosstrakh, the co-owner of Alfa Bank wrote.

Rosgosstrakh could not shake off 1.6 billion rubles from Yevgeny Giner

The insurer wanted to challenge the transactions concluded under the former co-owner of Rosgosstrakh Danil Khachaturov.

Rosgosstrakh demanded from Danil Khachaturov to return the company "Medis"

Khachaturov withdrew this company from the structure of Rosgosstrakh shortly before the deal to sell it to FC Opening.

The former owner of Rosgosstrakh may lose control of the large office center Legion I on Bolshaya Ordynka in Moscow.

The former owner of Rosgosstrakh, Danil Khachaturov, for the first time disclosed the details of the sale to the company of RGS Life by Evgeny Giner. According to him, the deal was made in order to cover Rosgosstrakh's billions of losses from compulsory motor third party liability insurance.

The former owner of the robbed insurance company Rosgosstrakh accused the head of the bank FC Opening, which failed to comply with the terms of the acquisition of the insurer: did not transfer Khachaturov shares in the head of the opening of the Holding. Danilo Khachaturov has nothing to lose: his brother Sergei is already in the jail, the question of planting Danil himself is extremely temporary.

Rosgosstrakh filed a lawsuit against RGS Life on 116 billion rubles because of the trademark.

Since 2015, all rights to the company belong to the Giner. He told this to Zadornov in October.

Payments to top managers of a loss making Rosgosstrakh in 2017 increased 3.5 times

The Central Bank regrets, but nothing can be done.

The auditors found out that the insurance giant was unprofitable not only in 2017 and 2016, but also in 2015. To hide the traces, management, led by the owner of Rosgosstrakh, Danil Khachaturov drew a fake reporting and overstated the value of assets.

That is why he left him behind bars in the pre-trial detention center during the investigation of the theft in the Rosgosstrakh system.

Eugene Giner was the owner of Rosgosstrakh Life

Toxic president of PFC CSKA for two years kept it a secret, because "he did not want to spoil her resume."

Lawyers of Sergey Khachaturov want to pull him out of jail

For the former co-owner of Rosgosstrakh they are asked to choose any measure of restraint, except for custody.

The head of the board of directors of PJSC "Rosgosstrakh" and the president of the bank "Otkrytie" already stated that under Danil Khachaturov, "Rosgosstrakh" was stealing.

Sergei Khachaturov, the younger brother of the ex-owner of "Rossgosstrakh" Danil Khachaturov, was arrested. The case against Khachaturov is related to the transactions of OOO RGS Assets concluded before the change of the owner of the company.

The FSB conducted searches in the company "Rosgosstrakh Life"

On the 17th of April, searches were conducted in the central office of the company "Rosgosstrakh zhizn" on the Kadashevskaya embankment in Moscow. The representative of the company asserts that this is not connected with the operational activity.

Igor Sechin denied information on the relationship with Ulyana Sergeenko

The head of Rosneft, Igor Sechin, denied reports of relations with the former wife of entrepreneur Danil Khachaturov, designer Ulyana Sergeyenko. He said that he did not know her.

Mikhail Zadornov: in Rosgosstrakh everyone was stealing

The financial problems of the insurance company are a consequence of its business model, said the new head of the board of directors of Rosgosstrakh.

The kick-back schemes of Clover Group came to an end

The developer unit of the Rosgosstrakh group, which now faces a financial distater, has no bright future. It is not excluded that in the coming months, the Russian law enforcement agencies will be interested in budget carving and kick-back schemes of the Clover Group.