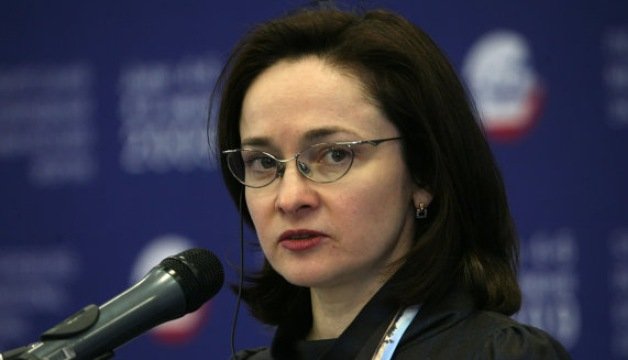 Elvira Sakhipzadovna Nabiullina (born in Ufa, Bashkortostan, on 29 October 1963) is a Tatar-born Russian economist and head of the Central Bank of Russia. She was Russian President Vladimir Putin's economic adviser between May 2012 to June 2013 after serving as minister of economic development and trade from September 2007 to May 2012. As of 2014, she is listed as the 72nd most powerful woman in the world by Forbes.

Elvira Nabiullina now oversees a dwindling pile of bank assets for the world's tenth largest economy, which garnered a GDP of $1.33 trillion in 2015, according to the IMF, down from $2.1 trillion a year earlier, with further declines forecast. The country also continues to face economic sanctions for its military intervention in Ukraine and the annexation of Crimea. Yet the Yale-educated technocrat continues to hold this shaky craft together through sheer fiscal discipline, and that pleases professional investors.

Andrei Kostin has a vested interest in Lukoil diamonds

RSPP asks Mishustin to intervene and withdraw the FAS lawsuit.

What German Gref did not share with Elvira Nabiullina

What is the use of Sberbank confrontation with the Bank of Russia.

Boris Mintz said in the High Court of London about the damage due to the actions of the top management of the Discovery and the Trust, as well as their shareholder, the Central Bank.

The bank preparing for sale has not come out of losses.

German Gref turned out to be a shark

The head of the Central Bank Elvira Nabiullina reprimanded the head of Sberbank for the extreme volumes of absorption of IT-companies.

Alexey Hotin was arrested by the hand of Elvira Nabiullina

The head of the Central Bank wrote about Vladimir Putin about the situation around Ugra.

The bank refuted the flight of the chairman of the board of directors abroad and complained to the Central Bank, the Prosecutor General’s Office and the FSB.

The competing banks scare customers of the IIB being rehabilitated by the possible loss of money in it.

The differences of the head of Sberbank German Gref with the leadership of the Central Bank are discussed both in the Kremlin and in the government.

In the financial institutions, a battle began between the alliance of Igor Sechin and Andrei Kostin with German Gref and Elvira Nabiullina. Kostin already made the first move and could become the first victim in this war.

In all the severity of the percentages

The Central Bank will strengthen control over the calculation of the cost of card loans.

"White bird" hit the sight of the Central Bank of Russia

Transcapitalbank did not receive additional money for the reorganization of Investtorgbank

Transcapitalbank did not receive additional money to reorganize the bank and it was extended by a preferential deposit of the Central Bank of the Russian Federation for 20 billion rubles.

A simple withdrawal of a license from the bank in 2015 would have cost more than 2 times cheaper.

Deputy Chairman of the Board of the Bank of Russia Vasily Pozdyshev threatened the "Opening of the Holding Company" with a lawsuit on bankruptcy. Where disappeared allocated last year 335 billion rubles, no one in the Central Bank does not know.

Elvira Nabiullina poured money into the bankrupt pension fund of the Bank of Russia.

The total cost of the Central Bank of Russia for the rehabilitation of Promsvyazbank, Binbank and Bank Otkritie reached 2.8 trillion rubles.

The state can sell even a part of the shares of Sberbank.

What is the fate of the banking sector in Russia

Only 21% of Russian banks are able to independently generate capital, analysts concluded ACRA. The only source of financing in these conditions is the state, and on the horizon of three to five years the situation will not change.

Being a state Sberbank can not uncontrollably absorb other Russian banks, and the status of the state prevents it from doing business abroad, taking into account international sanctions against the Russian Federation.

On the eve of the second wave of the banking crisis, the Central Bank intends to prohibit owners of sanitized banks from traveling outside the Russian Federation. Their assets will also be blocked for the duration of the proceedings. For large oligarchic banks, already sanitized by the Bank of Russia, an exception has been made.

Elvira Nabiulina: "We therefore created a new mechanism for sanitation"

The Chairman of the Central Bank of the Russian Federation explained why a new mechanism for the reorganization of commercial banks was needed, and is waiting for the government's decisions on taxes and budget to clarify the macroeconomic forecast of the Bank of Russia.

Cross-cutting operations in it the Central Bank estimated in tens of billions of rubles.

The CBR spent 2.62 trillion rubles on sanation of large banks and could spend another

The Central Bank of the Russian Federation in 2017 spent 2.62 trillion rubles on the rehabilitation of three private banking groups. This was told by the Chairman of the Bank of Russia Elvira Nabiullina. This is five times more than Russia's annual spending on education.