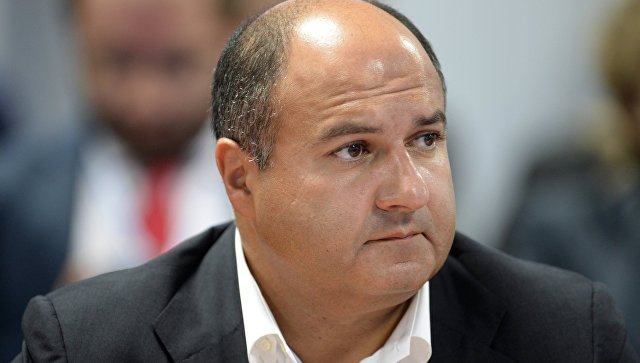 In 1985 he graduated from Kiev State University. Bedzhamov became a chairman or member of the BoD of a number of Russian companies: OOO Vneshprombank, OJSC Sakhalin Shipping Company, Glass-Industrial Group (GPG), ZAO Promstroiproekt, and co-owner of the best hotel in St. Moritz (Switzerland) Badrutt's Palace Hotel.

According to investigators, in 2013, Marcus and Bedzhamov created an organized criminal group for the purpose of personal enrichment. Owners of Vneshprombank gave loans to controlled fly-by-night companies, not intending to return money to the bank. Behind companies there were top managers themselves. For example, Bedzhamov, according to investigators, received 3.3 billion rubles, and Larisa Marcus - 1 billion rubles.

Monaco refused to extradite him, and now it is up to the UK to decide.

Up to half of Russian banks draw up fictitious assets for themselves.

A1 representatives will search for Vneshprombank assets and owners

They can get 10% of the returned assets.

Where the money flowed from Vneshprombank

While the DIA is looking for assets associated with bankrupt Vneshprombank, others get the most valuable assets first.

Valuables and documents for real estate have been seized from the trusteed of the ex-heads of the bank.

One of the yachts belonging to the President of the Russian Federation of Bobsleigh, who fled to Monaco, could cost him $73 million

Vneshprombank: reasons for the collapse of one of the largest Russian banks

Why collapsed the bank serving the state-owned companies, state managers and officials.