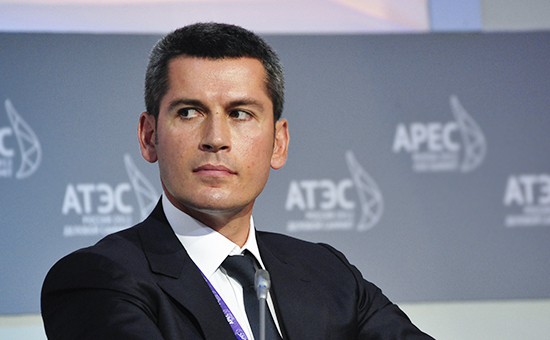 He is chairman of Summa Group, a conglomerate invested in port logistics, engineering, construction, telecommunications, and oil and gas. He founded the company together with his older brother and junior partner, Magomed Magomedov, a former member of the Federation Council, the upper house of Russia's parliament. In the early 1990s the brothers worked in banking. Later they became shareholders of the port in Primorsk on the Baltic Sea. In January 2011 Summa, together with state-controlled oil pipeline company Transneft, bought a 50.1% stake in the port in Novorossiysk. In late 2012 Summa bought a controlling stake in FESCO (Far Eastern Shipping Company).

Summa has rebuilt the Bolshoi Theater in Moscow. He became a board member of U.S. transport outfit Hyperloop One in October 2016; his Caspian Venture Capital Fund has invested tens millions of dollars in company.

Rosatom will receive control over the Vladivostok Commercial Sea Port - the main asset of the FESCO group.

The assets of the Summa group are counted and arrested.

The Magomedov brothers discovered the shadow of the financier Kaplan

The Ministry of Internal Affairs wants to arrest in absentia the former partner of the owners of Sumy.

Albert Avdolyan takes away for debts the last major asset of Ziyavudin Magomedov - the Yakutsk Fuel and Energy Company. The founder of Yota plans to build a cluster in Yakutia on the basis of YATEC and the Elga Mechel field.

The killer of Alexei Kozlov drops on the Magomedov brothers

Banker Alexei Frenkel, convicted of the murder of the first deputy chairman of the Central Bank, Andrei Kozlov, intends to testify about the involvement of the Magomedov brothers in contract killings and money laundering, his lawyer said in a statement to the investigator.

A duet of status businessmen will drown in the claims of the temporary managers of their former companies.

Rats snuck into the granary of the Magomedov brothers

More than 19 thousand tons of grain were stolen from the federal intervention fund, which was stored in the OZK.

In the spring, the French media talked about the interest of the French police in the schemes that the businessman used to buy property in France. In early November, Russian investigators conducting the case of Magomedov told about a criminal case in France with which his ex-wife is connected.

Magomed Magomedov shifted from a sore head to another

He considers the case against himself and his brother, Ziyavudin Magomedov, “an appeal to the owner of some problem holding”.

In the case of Summa, the charges were equated

Two more defendants were accused of participating in the criminal community.

The redistribution of the business empire of the sidelists of the Magomedov brothers continues. VTB intends to crush the United Grain Company (OZK). The Summa group has already allowed informational drain.

Sitting behind bars, the head of the Summa group, after selling its stake in NCSP, is preparing a deal to sell its stake in the Transcontainer railway operator.

After the announcement of the deal, the quotes of the port jumped sharply, and the state of the businessman in the SIZO returned to the $ 1 billion mark again.

Investigators reached the top manager of the United Grain Company

The former OCK top manager Roman Gribanov was arrested for taking part in the OPS and embezzlement.

Sberbank began to disembowel the legacy of the brothers Magomedov

Sberbank filed suits against the Yakutia fuel and energy company, which is part of the "Sum" group, by 4.4 billion rubles.

The State Bank received 22.25% of the company's shares, which were pledged under the loan.

Probably, they thus try to remove the arrest from the accounts of the company. Investigation authorities insist on its extension.

The brothers Magomedov have built their latest development project in Moscow

Sitting in a jail on charges of fraud, Dagestan businessmen sold a project to build a multifunctional complex in Beskudnikovo, Seven Suns Development, controlled by the St. Petersburg clan Ryzhkov.

The owner of "Sibanthracite" Dmitry Bosov is interested in the asset.

Dagestan transit: how the Magomedov brothers built their business and how it ended

The court found out that Ziyavudin and Magomed Magomedov, accused of fraud for 2.5 billion rubles, have not spoken to each other for several years.

Olga and Ziyavuddin Magomedov were not helped by a fictitious divorce

At the ex-wife of the co-owner of the group "Summa" the court still arrested the apartment.