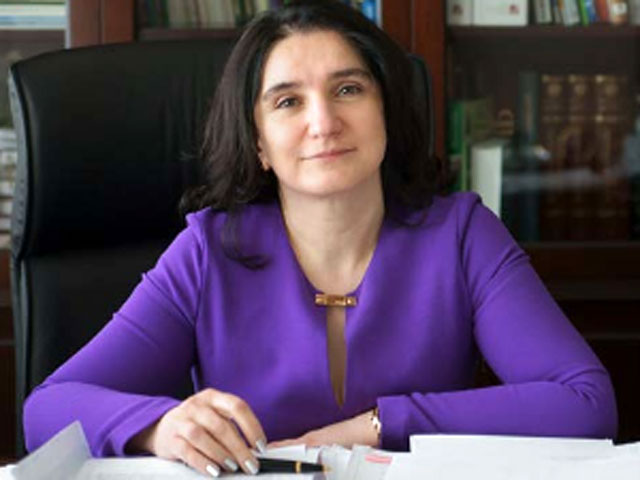 Larisa Ivanovna Markus (born November 14, 1957), sister of businessman Georgy Bedzhamov. In 1980 she graduated from the Moscow Technological Institute of the Food Industry.

In 1994, she participated in the creation of Vneshprombank, as its shareholder and permanent president. Vneshprombank received a serious impulse for development by winning a tender for servicing Transneft in 2009. After that, despite the crisis, the bank entered the top hundred, and in 2013 - the top 50 in terms of assets of Russian banks. Since 2006, Marcus had been the president of the bank.

In December 2015, Larisa Markus was detained on charges of fraud in the investigation of the cases of withdrawal of funds and bankruptcy of Vneshprombank, which became the largest in the latest banking history of Russia: its financial "hole" amounted to more than 210 billion rubles. According to the investigation, the top managers of the bank created an organized criminal group to steal 932.1 million rubles. Larisa Markus was sentenced to 9 years in prison.

Liechtenstein authorities are investigating the ex-owner of Vneshprombank and his sister. Their bank accounts received $ 143 million, including from the Russian Bobsleigh Federation.

Monaco refused to extradite him, and now it is up to the UK to decide.

President of Vneshprombank, Larisa Markus, pleaded guilty for embezzling 6 billion and is ready to make a deal with the investigation.

Up to half of Russian banks draw up fictitious assets for themselves.

A1 representatives will search for Vneshprombank assets and owners

They can get 10% of the returned assets.

Valuables and documents for real estate have been seized from the trusteed of the ex-heads of the bank.

One of the yachts belonging to the President of the Russian Federation of Bobsleigh, who fled to Monaco, could cost him $73 million

Vneshprombank: reasons for the collapse of one of the largest Russian banks

Why collapsed the bank serving the state-owned companies, state managers and officials.

Non-combat losses: the money of Sergey Shoygu's wife got stuck in Vneshprombank

Telatives of high-ranking officials turned up to be among the VIP-depositors of the troubled bank.

Siege of Vneshprombank: the bank is looking for new investors

The bank, established due to the former manager of Menatep Alexander Zurabov and Artur Chilingarov's son, is disconnected from the bank payment system (BESP) and tries to find the money to replenish capital.