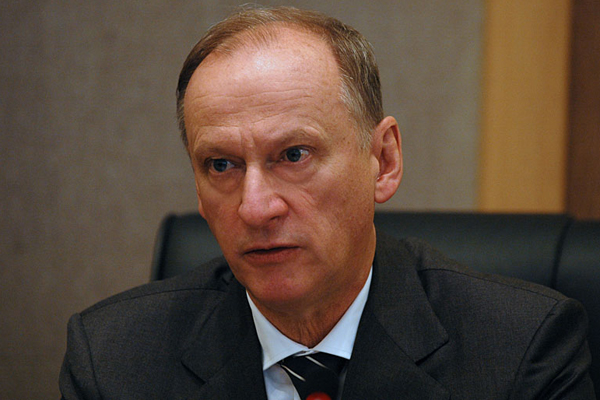 Nikolay Platonovich Patrushev (born 11 July 1951) is a Russian politician and security and intelligence officer. He served as Director of the Russian Federal Security Service (FSB), which is the main successor organization to the Soviet KGB (excluding foreign intelligence), from 1999 to 2008, and he has been Secretary of the Security Council of Russia since 2008.

With much of his career spent in the shadows, Patrushev has little public record of involvement in foreign policy. But he is known to have been one of the small group of advisers close to Putin intimately involved in the planning of the annexation of Crimea in 2014.

In public statements, Patrushev has claimed the United States is striving to dismember the Russian state to “open up access to rich resources that they think Russia unfairly controls.” He has also criticized what he sees as increasingly aggressive behavior from NATO, claimed that European Union foreign policy is dictated from Washington and warned of the rise of Nazism in Eastern Europe.

Rating: the wealthiest at the Russian Presidential Administration

The richest employee in the Presidential Administration in 2016 was the First Deputy Head of the PA Sergey Kirienko. He declared 85.5 million rubles of income. This is eight times more than his senior, head of the PA Anton Vaino, has: in his declaration, he indicated only 9.6 million rubles.

The Russian government denied financial assistance to the Patrushevs' bank

The bank hoped to get 60 billion rubles, but now it is preparing to place eternal bonds.

"Rosselkhozbank", under the leadership of Dmitry Patrushev, is trying to bankrupt the company "Antex", so that it can pick up its largest shopping center cheaply.

Tatar echo of the collapse of Peresvet Bank

Patrushev finances a coup against Putin

Lost billions of Rosinterbank can be found in the hands of pro-American opposition.

Rosselkhozbank will reduce the share of overdue loans by one-third

This can be done only on paper, experts say.

The Patrushev clan uses Rosselkhozbank for criminal business and plunder of its assets.

Depositors of Ugra pay for the Khotin family's debts

Ugra Bank attracted more than 166 billion rubles from individuals as of mid-2016. Simultaneously, the bank issued credits for 154 billion rubles (almost all depositors' funds) of loans in foreign currency for a period exceeding 3 years.

Rosselkhozbank under the leadership of Dmitry Patrushev accelerated the pace of accumulation of impressive losses.

Khotin's business success his competitors often explain by his ability to build relationships with influential people. One of his good friends is said to be Boris Gryzlov.

Businesses of the Patrushev family: from wood exports to selling Russia's coffers out.