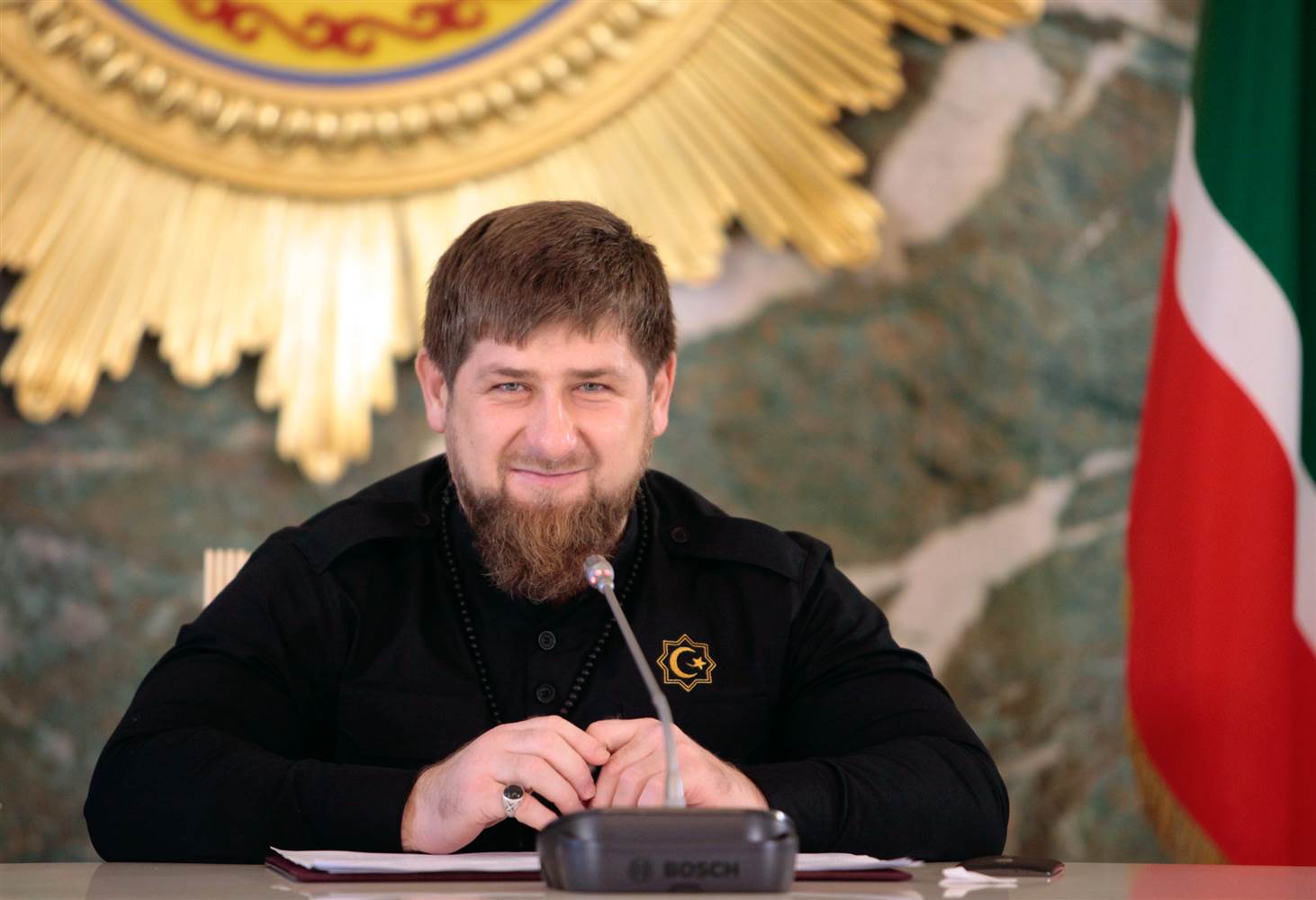 Ramzan Akhmadovich Kadyrov (born 5 October 1976) is the Head of the Chechen Republic and a former member of the Chechen independence movement.
He is the son of former Chechen President Akhmad Kadyrov, who was assassinated in May 2004. In February 2007, Kadyrov replaced Alu Alkhanov as President, shortly after he had turned 30, which is the minimum age for the post. He was engaged in violent power struggles with Chechen government warlords Sulim Yamadayev and Said-Magomed Kakiev for overall military authority, and with Alu Alkhanov for political authority.

According to a 2016 report by Russian opposition leader Ilya Yashin, Kadyrov collected enormous wealth, primarily through theft of federal subsidies for Chechnya. Between 2001 and 2014 Chechnya has received over 464 billion roubles in subsidies, grants and donations with federal subsidies accounting for 80% of the republic's budget (and this does not include funds allocated for infrastructure managed at federal level such as roads). However, the administration of Chechnya is being criticized for spending public funds for their personal benefit — in 2010 Dmitry Medvedev noted that "federal funds often do not reach people; we know where they disappear; it is obvious-they are being stolen". For example, the fleet of official vehicles in Chechnya accounts for half of all official vehicles in all Northern Caucasus republics. Public funds are being funnelled through Akhmad Kadyrov Foundation, which — while being registered as a charity — has never produced or published any financial reports as required by Russian law. These violations are ignored by Russian Ministry of Justice, which in many cases has enforced them very strictly against other charities. The foundation operates a building company that services most of the publicly procured infrastructure projects in the republic and also collects a fee from all working citizens of Chechnya, ranging from 10 to 30% of their earnings, raising 3–4 billion roubles per year this way. Kadyrov himself declares annual income of 4.84 million roubles (2015), which is inconsistent with his lavish life-style, luxury vehicles, watches, race horses and mansions.

Kadyrov has been personally implicated in several instances of torture and murder. A number of Chechens opposed to Kadyrov have been assassinated abroad, and several witnesses (including Artur Kurmakaev and Ruslan Khalidov) report the existence of a 300 name "Murder List". Chechens who have been murdered, where Kadyrov's involvement is suspected, include Movladi Baisarov and Ruslan Yamadaev (both Moscow); Sulim Yamadaev (Dubai); Gazhi Edilsutanov, Islam Dzahnibekov, Ali Osaev (Istanbul); and Umar Israilov (Vienna).

Ramzan Kadyrov's apartment for 50 million was littered in Moscow

The Kadyrov’s family apartment in Moscow was discovered in which at the beginning of the 2000s the head of Chechnya was registered. It is not indicated in the declaration.

Companies connected with Ramzan Kadyrov do not pay to the budget

OAO Chechenneftekhimprom was transferred to the Chechen Republic by a decision of the President of the Russian Federation. Previously, this company was managed by Rosneft.

Igor Altushkin was left without money for Tominsky GOK

After Vladimir Putin's statement, not a single bank will finance the scandalous project of the owner of the Russian Copper Company.

Rebellion on the knees: Khakassia asks for financial assistance

The autonomous republic asks to support it with 28 billion rubles.

Why Russian officials delete information about their way of life from the Internet (breaking world records in it).

Nemtsov case: the paymaster's trail has been stamped out

The murder is not solved, and will never be solved. The Chechen security forces, de facto licensed to shoot opposition politicians, are ptetty much sure of it.

King of the hill

Is Ramzan Kadyrov losing his position?

Kadyrov: "you can not prohibit a beautiful life"

In addition to minor children-millionaires, Ramzan Kadyrov has relatives who are owners of luxury real estate. Where did they get the money?

Ramzan Kadyrov flies on one of the most luxurious aircraft in the world, whose value reaches $80 million, according to the TV channel "Dozhd". The head of Chechnya didn't confirm it; his official income over the last several years varies between 4 million and 6 million rubles a year.

Expensive guests: how much is spent on the official residences in Russia

How much costs the life of a Russian high-ranking official.

Mikhail Kasyanov was attacked in a Moscow restaurant

Unknown persons threw a cake to the politician.

Necessary for the Kremlin: how Ramzan Kadyrov became a successful federal politician

In the current scenario, the Chechen leader is typical and even necessary for the Russian political system. Its relevance in the Kremlin will remain and may even increase as the overall situation in the country deteriorates.

Release of Russian journalists mediated by Ramzan Kadyrov, as well as the reports of the involvement of Chechen fighters in the Ukrainian conflict to support the pro-Russian rebels leaves no doubt that the Chechen leader not only claims a special role pf the proud North Caucasian republic in Russia, but also seeks to have an independent role on the international arena.