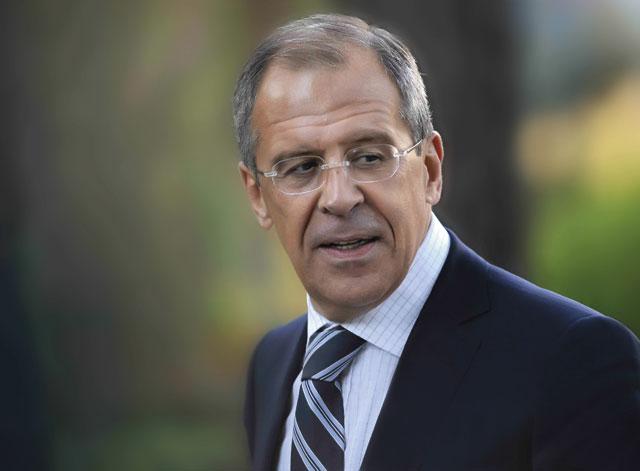 Sergey Viktorovich Lavrov (born 21 March 1950) is a Russian diplomat, and is currently the Foreign Minister of Russia, in office since 2004. Previously, he was the Russian Representative to the UN, serving from 1994 to 2004.

After the March 2014 Crimean status referendum, Lavrov proposed that Ukraine should be independent of any bloc, that the Russian language be recognised officially, and that the constitution be organised along federal lines.

In June 2016, Lavrov stated that Russia will never attack any NATO country, saying: “I am convinced that all serious and honest politicians know perfectly well than Russia will never attack a member state of NATO. We have no such plans.” He also said: “In our security doctrine it is clearly stated that one of the main threats to our safety is the further expansion of NATO to the east.”

The Russian Federation is ready to transfer to Japan the island of Shikotan and the Habomai range on the condition that American soldiers are not placed on them.

Andrei Kovalchuk, who established the supply of cocaine from Argentina through the Russian embassy there, was extradited from Germany, where he had previously lived. Itself the cocaine scandal was decided to go down on brakes without a trial in the department of Sergei Lavrov.

Moscow does not recognize the conclusions of the investigation and does not plan to pay yet.

According to the chairman of the board of "Marathon Group", he and his partner Alexander Vinokurov are sure that Russians will always spend money on medicines.

In Moscow, the brothers Magomed and Ziyavudin Magomedov, owners of the Suma Group, were arrested for 2 months on suspicion of organizing a criminal community. Their arrest could hit a relative of Russian Foreign Minister Sergei Lavrov, businessman Alexander Vinokurov, who previously headed Summa for three years.

The son-in-law of Russian Foreign Minister Sergei Lavrov could "inherit" in the automotive business, experts suggest.

The hard life of Catherine Lavrovoy-Vinokurova

While the Pope is fighting the "American imperialists" in Ekaterina Lavrova (Vinokurova) - studying at the American Columbia University and the London School of Economics, a rich husband-raider and his own art business.

The most highly paid Russian diplomats

Senior officials of the Russian Foreign Ministry are quite moderate in their income, and the head of the department, Sergey Lavrov, earns even less than his subordinates.

Summer scandal: why the US would not return two Russia's diplomatic residences

Moscow and Washington "almost" agreed on the issue of Russia's diplomatic property in the United States, Foreign Ministry spokesman Sergey Ryabkov said. If the Russians are not restored access to the two residences, the Kremlin will be ready for "countermeasures".

The son-in-law of the Minister of Foreign Affairs of the Russian Federation, Sergey Lavrov, will try his hand at hunt for other people's assets.

Alexander Vinokurov, the suspected of corruption son-in-law of minister Sergey Lavrov, has acquired the pharmaceutical giant "SIA International". The transaction was preceded by an information campaign to demonize the previous owners.

The son-in-law of the Russian Foreign Minister Sergey Lavrov is actively involved in the seizure of foreign assets and corporate scandals.

There's no victory over terrorism, but Putin has managed to bring Assad and the opposition to the negotiation table.

President of investment company A1, Alexander Vinokurov, became the controlling shareholder of SIA International, one of the leaders in the distribution of medicines in Russia. He plans to regain its lost supremacy in the market.