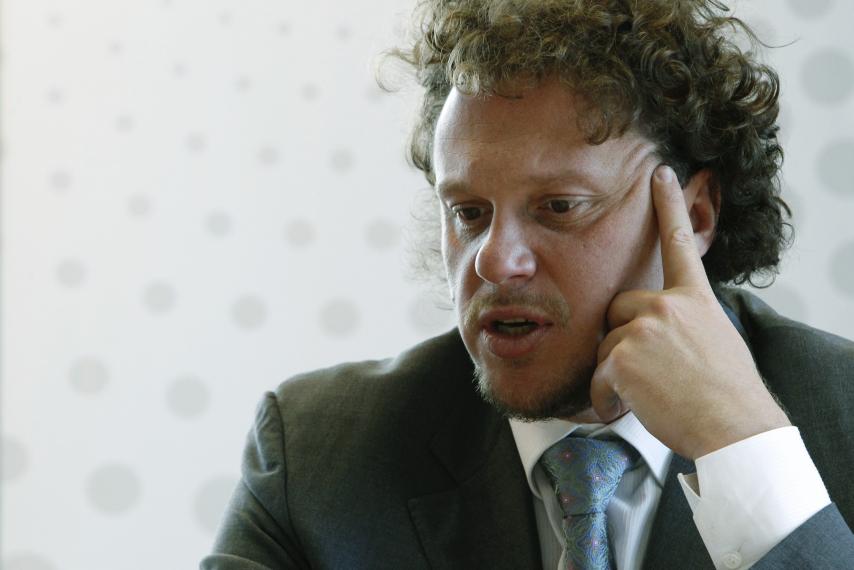 Sergey Yurievich Polonsky (born 1 December 1972) is a Russian businessman. Polonsky is the owner and head of one of the largest real estate companies, Mirax Group (2004–2011). He was one of the richest men in Russia before the late-2000s financial crisis. Now he is shareholder and investor of a number of commercial structures incorporated by the holding Potok (as of 1 December 2011), earlier Nazvanie.net (March – November 2011). In October 2011, Sergey Polonsky was noted by the Forbes magazine as one of the nine most unusual Russian businessmen. He is currently awaiting trial in Moscow on charges of fraud.

The embezzlement charges, Polonsky believes, are part of an attempt by FTsSR and the Moscow government to take the Kutuzovskaya project away from him and hand control to Arkady Rotenberg a rival property developer with close ties to the Russian president Vladimir Putin.

Sergey Polonsky turned out to be a beggar

The scandalous developer could not pay a debt of $5 million to his former lawyer.

Sergey Polonsky was released from punishment.

Ruslan Baysarov will finish the construction after Polonsky

The businessman will manage two skyscrapers next to the Moscow City.

Why the third arrest of Sergey Polonsky in Cambodia happened.

Having settled the problem with the Cambodian justice system and acquiring the ownership of several islands, the runaway Russian developer Sergey Polonsky decided to tackle educational business.

The disgraced developer is convinced that he's not guilty of anything, and the prosecution was initiated by those who had set their eyes on "Kutuzov Mile".

Sergey Polonsky: "I flew on Deripaska's plane from Cambodia"

Duma deputy Alexey Chepa (it was under his bail Polonsky was released from prison in Sihanoukville) told me about the meeting of Sergey Polonsky and Oleg Deripaska in Switzerland.

The scandalous developer became a defendant in another criminal case, among the victims are the members of the Russian Olympic hockey team.

Sergey Polonsky was arrested in the jungles

The businessman was placed in an isolation cell to wait until the issue of extradition to Russia would be solved.

Polonsky was refused a plea bargain in Russia

The Investigation Department of the Russian Interior Ministry has decided to refuse an appeal for plea bargain from businessman Sergei Polonsky, who was internationally wanted and hid in Cambodia, informed "Interfax" on Friday referring to the businessman's lawyer Alexander Karabanov.

The Central Bank revoked the license for banking operations from JSC "Joint-stock bank Pushkino" on September 30.

Sergey Polonsky is ready for payback

The founder of Mirax Group (currently Potok8) Sergei Polonsky, who was involved in a criminal case of 5.7 billion rubles, remembered about the holders of the residential complex "Kutuzovskaya milya" in Moscow.