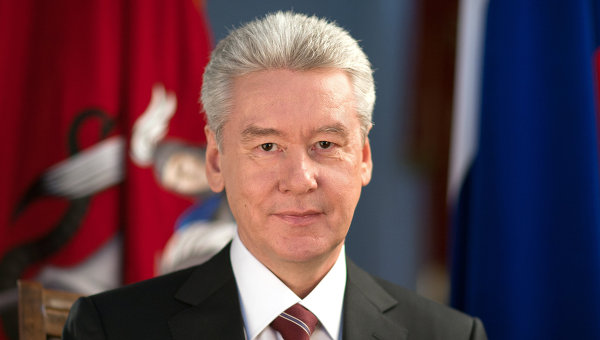 Sergey Semyonovich Sobyanin (born 21 June 1958) is a Russian statesman and politician of Mansi descent. He has served as Mayor of Moscow from October 2010 to 5 July 2013, and was re-elected Mayor in the September 2013 city election.

As the Mayor of Moscow, Sobyanin has gradually relaxed the massive construction projects of his predecessor, for which he has won acclaim for the "most sane piece of city planning in years." As Mayor, Sobyanin created large mass media holding group of numbers TV and radio channels and newspapers, owned and controlled by Moscow Government. And he has also won praise for his efforts in combatting corruption.

Sobyanin has in recent years become a major target of controversy in the press. According to an independent poll, most Muscovites believe that since coming to power, Sobyanin's leadership has not differed from that of Yury Luzhkov.

Sobyanin takes off all the masks

Which of the governors is being saved from resignation by a new bill.

Who is daughter of Moscow mayor Sobyanin? In short

The eldest daughter of Moscow Mayor Sergey Sobyanin, Anna, got herself into a great trouble in St. Petersburg. Her luxurious apartment in the city center was seized for debts. On this occasion, the editorial office of Russiangate recalls where Anna Sobyanina got an apartment and how her business career was developing.

Moscow forests are grown in Germany

The trees and bushes for the scandalous Zaryadye park in Moscow were purchased by Sobyanin and Khusnullin in Germany. This is not an accident, because even the famous Kremlin spruce is traditionally bought by Russia in Germany.

10 mln square meters of real estate will be built on the lands adjacent to the Moscow Ring Road. This could be the largest construction project in the capital after the renovation project. Profitability of the project is low, experts warn.

Moscow had a record revenue in 2016

Perhaps, 100 billion rubles in that income were provided by Sberbank.

The capital has had 29% more road tenders as compared to the last year.

Moscow will spend 10 billion rubles on the future park

The city is trying to attract private investment for this VDNKh project.

While hospitals are being closed, the Moscow mayor's office will spend 10 billion rubles on the park owned by billionaire Zelimkhan Mutsoev from United Russia.

Rostec carved up millions of rubles on vaccines.

Arsen Kanokov, representing Kabardino-Balkaria in the Federation Council, may become one of the major owners of Moscow's markets. Sindica Holding, which is controlled by him, discusses the purchase of Kuntsevskiy market.

RBC investigation: who owns the street trade in Moscow

Who suffers and who benefits from the demolition of kiosks and pavilions on the capital's streets.

RBC investigation: who earns on paid parking in Moscow

On December 25, a new area of ​​paid parking started to be functional in the Russian capital throughout the territory within the Third Ring Road.

Sobyanin has a new problem

Hinstein exposed a large-scale trickery with the apartments of deceived investors.

Officials no longer demand Yandex to register as a media, perhaps because they have learned to interact with the robot search engine.

Rosneft will pay Moscow 4.5 billion rubles for its new home

Rosneft will have to pay almost 4.5 billion rubles for panoramic views from its new Moscow office.

Olga Sobyanina is the owner of the 300 sqm apartment in a house where also live Mikhail Fradkov, German Gref, Sergei Ivanov, and other associates of Putin, according to the blogger.