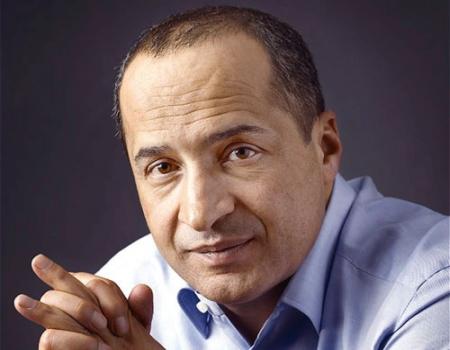 Manasir Ziyad (born 12 December 1965 in Amman, Jordan) is a Russian businessman of Jordanian origin, the founder of Stroygazconsulting.

Ziyad Manasir's construction firm Stroygazconsulting has close ties with Russia's state-owned gas producer, Gazprom, which has been sanctioned over Russia's role in eastern Ukraine. The sanctions have cut into Manasir's business. But Stroygazconsulting has another big client, Rosavtodor, the federal agency behind road construction in Russia. Among Stroygazconsulting's projects: metro construction in Moscow, the Kolyma highway in Russia's Far East and various sports facilities. Manasir was born in Jordan, went to Russia as an exchange student and attended the Azerbaijan Oil and Chemistry Institute. While a student, he began buying and selling computers and cars, and he later moved on to trading yellow phosphorus, timber and oil products. In the mid 1990s he bought a construction factory in Tyumen and started building residences for Gazprom workers there.

According to RBC, Ruslan Baisarov has not yet closed the deal to sell the controlling stake in one of the oldest "Gazprom" contractors, Stroygazkonsalting. However, the company may have been put for sale.

Sergey Kelbakh: kickbacks on the roads?

After Ziyad Manasir's Stroygazkonsalting became the winner of the first stage of building competition of the Central Ring Road, the experts suspect that the owner of Avtodor Sergey Kelbakh is connected to the businessman, reported the specialists in the construction sector to the correspondent of The Moscow Post.

From Rublyovka to Cyprus

What's the reverse side of the toll highway?

The new favorites have already been found. And they will get billions of dollars.

Billions buried under the asphalt: who's coining money on roads in the Moscow region

In the coming years almost 2 trillion rubles will be spent on roads in the Moscow region. Who would get the money?